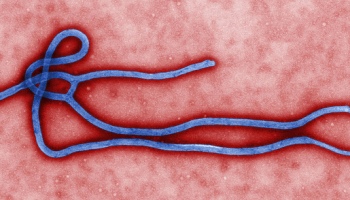 ‘The alleged U.S. over-reaction to the first three domestic Ebola cases in the United States – what Maryn McKenna calls Ebolanoia – is matched only by the world’s true under-reaction to the risks posed by Ebola in Liberia, Sierra Leone, and Guinea. We are not referring to the current humanitarian catastrophe there, although the world has long been under-reacting to that.

We will speculate about reasons for this under-reaction in a minute. At first we thought it was mostly a risk communication problem we call “fear of fear,” but now we think it is much more complicated.

Some of the world’s top Ebola experts say they are worrying night and day about the possibility of endemic Ebola, a situation in which Ebola will continue to spread, and then presumably wax and wane repeatedly, in West Africa.They – and we – find it difficult to understand why Ebola has not yet extended into Cote d’Ivoire, Mali, and Guinea-Bissau. After we drafted this on October 23, a case was confirmed in Mali.

Fewer experts refer publicly to what we think must frighten them even more and certainly frightens us even more: the prospect of Ebola sparks landing and catching unnoticed in slums like Dharavi in Mumbai or Orangi Town in Karachi – or perhaps Makoko in Lagos. Imagine how different recent history might have been if the late Ebola-infected Minnesota resident Patrick Sawyer had started vomiting in Makoko instead of at Lagos International Airport on July 20.’

Thanks to Boing Boing for pointing me to this fantastic collection of scenes. (Japan Times).

Via TIME:  ‘Earlier this month, U.S. military officers were speaking of ISIS’s “momentum,” and how its string of military successes over the past year meant that quickly halting its advance would likely prove difficult if not impossible. Yet, as far as Kobani is concerned, that seems to be what is taking place.

But that raises the stakes for the U.S. and its allies. Having smothered ISIS’s momentum, an eventual ISIS victory in the battle for Kobani would be a more devastating defeat for the U.S. military than an earlier collapse of the town.

There are concerns that the focus on saving Kobani is giving ISIS free reign elsewhere in its self-declared caliphate—that the U.S., in essence, could end up winning the battle while losing the war.

“The U.S. air campaign has turned into an unfocused mess,” Anthony Cordesman of the Center for Strategic and International Studies wrote Friday. “The U.S. has shifted limited air strike resources to focus on Syria and a militarily meaningless and isolated small Syrian Kurdish enclave at Kobani at the expense of supporting Iraqi forces in Anbar and intensifying the air campaign against other Islamic State targets in Syria.” ‘