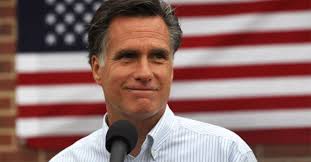 Via Salon.com:  ‘If critics of income inequality are wondering why the growing gap between rich and poor hasn’t been a more potent political issue in the upcoming elections, a new study offers some answers: Americans grossly underestimate this inequality. That’s one of the key findings of a survey showing the gap between CEO and average worker pay in America is more than 10 times larger than the typical American perceives.’

I’m down with this. Via Vox:  ‘Benjamin Mazer is a third-year medical student at the University of Rochester. Last year, after becoming increasingly concerned with the public-health impact of Dr. Mehmet Oz’s sometimes pseudoscience health advice, he decided to ask state and national medical associations to do something about it.

“Dr. Oz has something like 4-million viewers a day,” Mazer told Vox. “The average physician doesnt see a million patients in their lifetime. Thats why organized medicine should be taking action.”

Last year, Mazer brought a policy before the Medical Society of the State of New York — where Dr. Oz is licensed — requesting that they consider regulating the advice of famous physicians in the media. His idea: Treat health advice on TV in the same vein as expert testimony, which already has established guidelines for truthfulness. In 2014, Mazer also launched a website to gather first-hand accounts from health professionals about their run-ins with Dr. Oz-based medicine on the front line. Its called “Doctors In Oz.”‘

Via Vox:  ‘Author and former Democratic political consultant Naomi Wolf published a series of Facebook posts on Saturday in which she questioned the veracity of the ISIS videos showing the murders and beheadings of two Americans and two Britons, strongly implying that the videos had been staged by the US government and that the victims and their parents were actors.

Wolf published a separate Facebook post, also on Saturday, suggesting that the US was sending troops to West Africa not to assist with Ebola treatment but to bring Ebola back to the US to justify a military takeover of American society. She also suggested that the Scottish independence referendum, in which Scots voted to remain in the United Kingdom, had been faked.

Wild-eyed conspiracy theories are common on Facebook. You may naturally wonder, then, why you are reading about these ones. Partly its because Wolfs posts on ISIS deeply offended many people who knew one or more of the four murdered Westerners whom Wolf accused of being actors. And as American victims James Foley and Steven Sotloff were journalists, their outraged friends included a number of fellow journalists, so you may have seen them discussing Wolfs posts online and wondered what had happened.’

‘ISIS’ brutality did not emerge in a vacuum; rather, it is part of a whole ecology of cruelty spread out over more than a decade…’  — Alireza Doostdar,The University of Chicago Divinity School.

Via Collectors Weekly: ‘As a rock-poster collector, I’ve always found that handoff from artist to printer to be one of the most interesting aspects of the form. Many of the artists working between 1966 and 1971, talented though they were, did not know the first thing about offset lithography, the dominant printing technique of the day. In this light, the unsung heroes of San Francisco’s rock-poster scene may have been the printers. Sure Graham and Helms wrote the small checks, and the ideas belonged to the artists. But with a few notable exceptions Wilson had a small offset press, and Moscoso taught stone lithography, most poster artists of the era had no formal training in the printing techniques used to disseminate their work. As a result, career pressmen were often unsigned collaborators, teaching artists how to get the most out of a medium they absolutely had to understand if they were going to make it as poster artists.’

Via Salon.com: ‘The real promise of the MacArthur Fellowship program is that it does not require grant writing, or applications, or even achievement of a conventional sort. It could theoretically be used to bypass the world of foundation favorites altogether. It could single out worthy individuals who have been unfairly overlooked, lift them up, launch their careers, and force the world to pay attention. That even seems to have been one of the ideas for the program in the beginning.

Well, today the program rarely does any of those things. Instead, and just like nearly every other prize program in the world, it chooses noncontroversial figures and rewards the much-rewarded, giving in to what James English calls “the desire to have already famous and massively consecrated individuals on their list of winners.

”Sort through that list of winners and you’ll find lots of the usual prize magnets, the foundation favorites, the celebrated New Yorker authors, the “20 Under 40” set, the people you heard profiled on NPR a short while ago, the person who just got the National Book Award, or the John Bates Clark medal, or a Ford Foundation Leadership Grant. The résumés of certain winners are thick with honors: Junot Diaz was a literary champion many times over by the time he won in 2012, while Robert Penn Warren, who received one of the very first MacArthur Fellowships, had won the Pulitzer three times by that point in his life and had received more than a dozen honorary degrees.My point here is not that some particular Genius didn’t deserve the prize. Few of the MacArthur Fellows represent genuinely poor choices. But many are certainly unoriginal choices, choices that by definition do nothing to advance creativity or innovation, as they are given to people who already have tenure, or recognition, or funding.

This particular criticism of the Genius Grant has been around since the beginning, but instead of changing course and concentrating on the business of finding brilliant but obscure people, the Foundation seems to have persuaded itself that rewarding the amply rewarded isn’t really a problem at all…’

Via Salon.com: ‘The leading scholar indicts the president — and Black leadership and the media for not calling out his failures…’