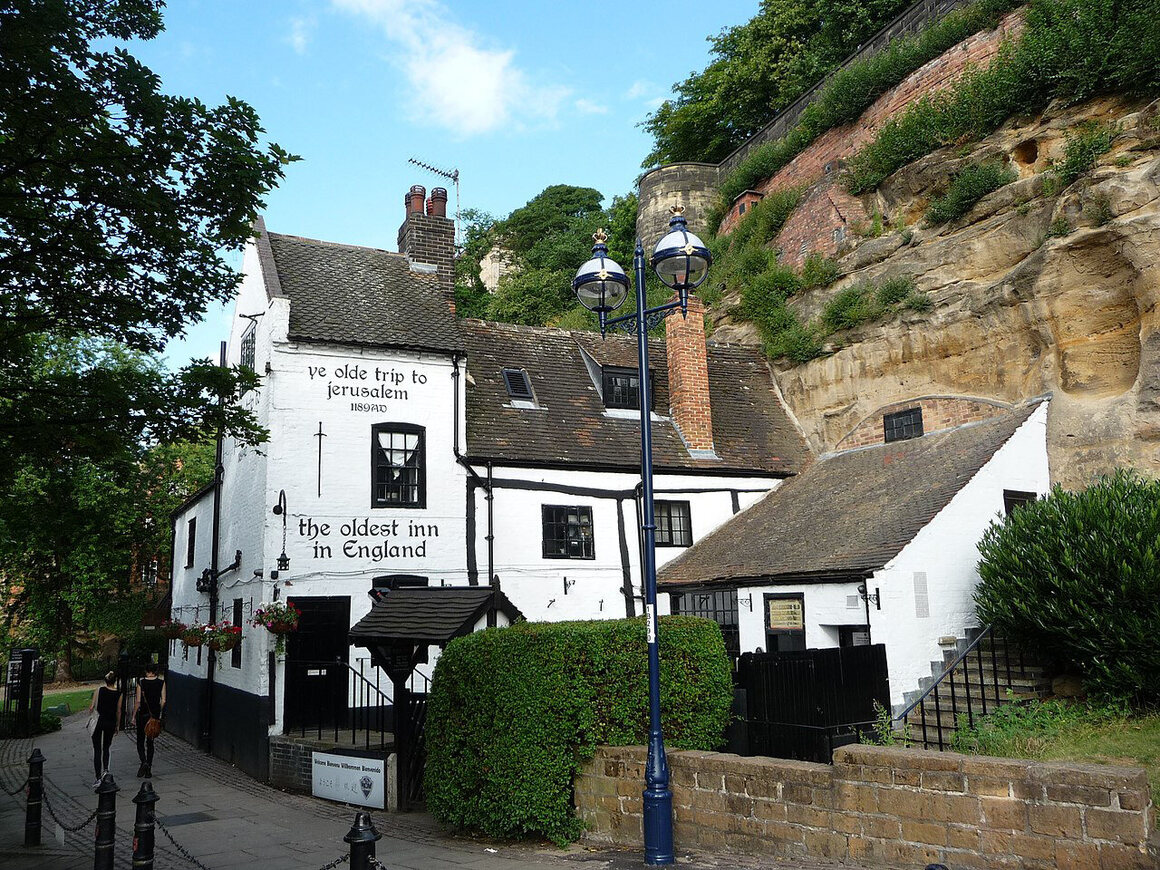 ‘By the 1370s, though, the Black Death had caused a critical labor shortage, the stark consequence of some 50 percent of the population perishing in the plague. Eventually, this proved a boon for the peasantry of England, who could command higher wages for their work and achieve higher standards of living. As a result, the alehouses that were simply households selling or giving away leftover ale were replaced by more commercialized, permanent establishments set up by the best brewers and offering better food.

The burial ceremony of a monk in a 14th-century English convent. DE LUAN / ALAMY
“The survivors [of the Black Death] prioritized expenditure on foodstuffs, clothing, fuel, and domestic utensils,” writes Professor Mark Bailey of the University of East Anglia, who also credits the plague for the rise of pub culture, over email. “They drank more and better quality ale; ate more and better quality bread; and consumed more meat and dairy produce. Alongside this increased disposable income, they also had more leisure time.”…’