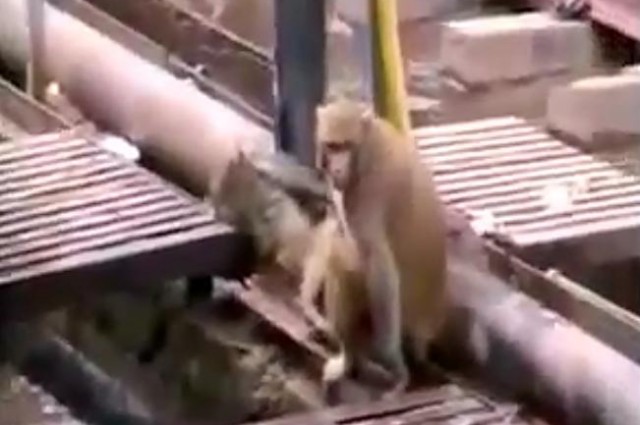 Via IFLScience: ‘A video has gone viral that appears to show a rhesus macaque resuscitating his friend who had been electrically shocked at a train station in Northern India. The video shows snippets of one monkey poking and prodding at the other for a period of 20 minutes, even trying to splash water on it. Ultimately, the unconscious macaque did wake up – but what were the actual intentions of the helpful friend?

National Geographic reports that it isn’t entirely clear how different primate species are affected by the death of those they are close with, but there have been recorded events of monkeys shaking and biting their fallen friends. However, it isn’t known if they are confused by why the other monkey isn’t moving, or if they are actually trying to revive the individual.’