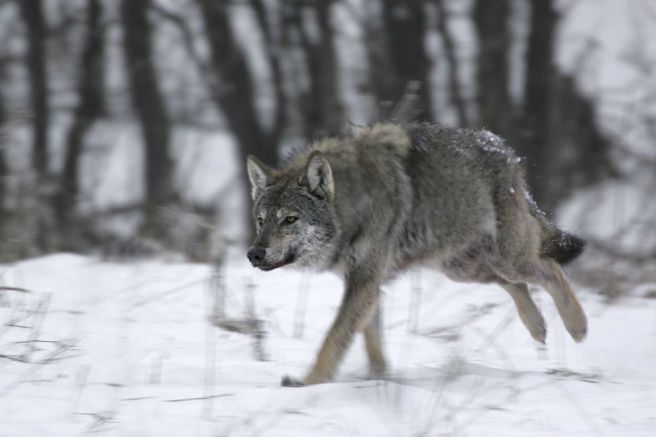 Via National Geographic: ‘ [A] study published Thursday in the journal Science reports that Europe, one of the most industrialized landscapes on Earth, with many roads and hardly any large wilderness areas, is nonetheless “succeeding in maintaining, and to some extent restoring, viable large carnivore populations on a continental scale.”

A team of more than 50 leading carnivore biologists across Europe, from Norway to Bulgaria, details in the research a broad recovery of four large carnivore species: wolves, brown bears, the Eurasian lynx, and the wolverine.

“There is a deeply rooted hostility to these species in human history and culture,” the study notes. And yet roughly a third of Europe, and all but four of the continent’s 50 nations, are now home to permanent and reproducing populations of at least one of these predators.’

Via Gizmodo: ‘So you’ve no doubt heard about American cinemas’ near unanimous decision to pull The Interview from theaters. Not to be outdone in cowardice, Paramount is also telling some theaters to not play 2004’s Team America: World Police in its place in deference to our new cultural overlords in Pyongyang.

Since we’ve officially abandoned all reason, we thought we’d help the studios out and ready a list of some other films that we should probably just ban lest we incur the wrath of some unknown hacker group that’s demonstrated no ability to carry out all the threats it throws around. But hey, we wouldn’t want to offend anyone!’