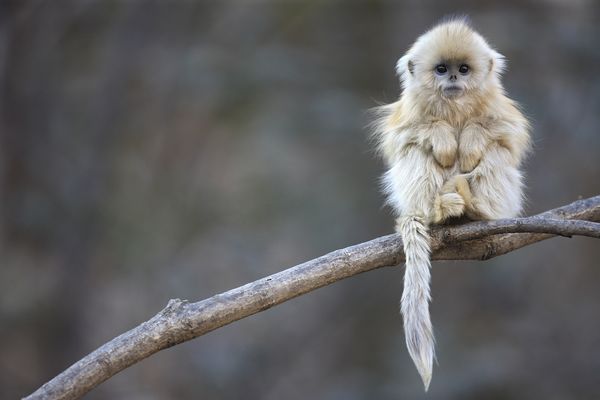 Via National Geographic: ‘According to the Detroit Metro Times, Monkey Day—which falls on Sunday—started when a Michigan State University art student scribbled “monkey day” on December 14th on a friend’s calendar. The newspaper said it caught momentum as students started adding monkeys to their artwork and circulating it online. To celebrate the day, National Geographic photo editors selected their favorite monkey pictures from all over the world.

In the picture above, a golden snub-nosed monkey perches in a highland forest in China’s Zhouzhi National Nature Reserve. The monkeys’ heavy fur helps them through subzero winters in the Qin Ling Mountains of central China.

This young monkey is among 4,000 others that are being squeezed from their habitat by human settlements, logging, and hunters interested in meat, bones, and luxurious fur. Only 20,000 golden snub-nosed monkeys are left on Earth, according to National Geographic magazine.’