Via Public Radio International: ‘Once upon a time in America, marriage was the norm for adults. But now, for the first time since the Bureau of Labor Statistics began tracking these numbers in 1976, there are more single Americans than people who are married.’

Via Psych News Alert: ‘The results, published in BMJ, showed that past use of benzodiazepines for three months or more was associated with an increased risk—up to 51%—for AD. The association increased even more with longer exposure to the anxiolytic. In addition, the use of long-acting forms of benzodiazepines increased risk for AD by 19 percent more than that of the short-acting. Results were sustained after adjusting for anxiety, depression, and sleep disorders.“Benzodiazepines are known to be associated with an increased risk of worsening cognition…even in cognitively normal elderly subjects,” said Davangere Devanand, M.D., director of the geriatric psychiatry program at Columbia University, in an interview with Psychiatric News…’

The researchers, and the reaction to the study, focused on the potential pharmacological basis for the finding. But I have a different thought. There is substantial evidence that maintaining mental agility and stimulation can ward off the development of Alzheimer’s Disease. But chronic anxiolytic medication users are generally chronically anxious and risk-averse, thus probably less prone to continue to challenge themselves mentally. 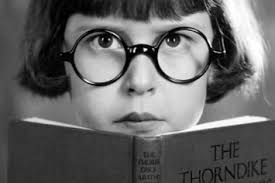 Via NYTimes.com: ‘Each week in Bookends, two writers take on questions about the world of books. “The book that changed my life” is usually taken to mean “for the better.” This week, Leslie Jamison and Francine Prose discuss whether a book can ever transform a reader’s life for the worse.’

Via Boing Boing: ‘Slain journalist James Foley’s mom says federal officials threatened the Foley family with criminal charges if they raised money to pay ransom to free him. The “devastating” message didn’t surprise her, she told ABC News, but the way it was delivered shocked her.“I was surprised there was so little compassion,” Diane Foley told ABC News today of the three separate warnings she said U.S. officials gave the family about the illegality of paying ransom to the terror group ISIS.’

Via Mind Hacks: ‘Journalism site The Toast has what I believe is the only first-person account of Cotard’s delusion – the belief that you’re dead – which can occur in psychosis.The article is by writer Esmé Weijun Wang who describes her own episode of psychosis and how she came to believe, and later unbelieve, that she was dead. It’s an incredibly evocative piece and historically, worth remembering.’  — Vaughan Bell