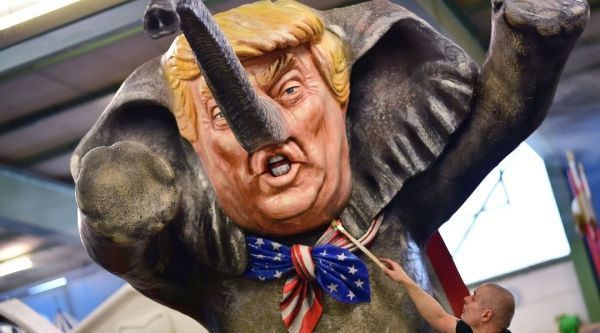 ‘We are now less than two months into the Trump administration, and it feels like it’s been at least two years. Or maybe 20. Or 200. It’s hard to tell at this point.

For two months now, we’ve been told to say outraged, to stay hypervigilant. And so, like a good citizen, I try constantly to absorb and parse the latest round of craziness, and sometimes offer some commentary on it. And by the time I’m caught up on the latest news, we’re on to some new round of craziness.

I’m not sure how much longer I can take. I’m exhausted. And I suspect many others are as well. Let’s call it “Trump fatigue syndrome”: the exhaustion you feel from trying to stay on top of the nonstop scandals and absurdities emanating from the Trump administration. TFS, for short.In what follows, I’ll go through the potential symptoms, all of which are dangerous, and then offer some ways to combat them…’