‘Trump signs executive order on immigration, but it’s so badly drafted it causes chaos around the country and is immediately put on hold by court.

Trump chooses crackpot as National Security Advisor, fires him three weeks after inauguration.
Trump tries to bully China by playing games with One China policy, is forced into humiliating retreat after realizing he’s playing out of his league.
Paul Ryan proposes border adjustment tax to raise $1 trillion, but can’t convince anyone to sign on.
Trump casually green-lights raid on Yemen over dinner, it turns into an epic disaster that kills a SEAL and accomplishes nothing.
Trump blathers about the wall and a 20 percent border tax on Mexico, causing the Mexican president to cancel a planned visit.
Congress goes into recess, but Republicans are embarrassingly forced to cancel town hall events because they’re afraid of facing big crowds opposed to their policies.
Trump continues to claim that crime is skyrocketing; that he won a huge election victory; that his inauguration crowd was immense; that polls showing his unpopularity are fake; and that refugees have wreaked terror on America, despite the fact that these are all easily-checkable lies.
After weeks of confusion on their signature priority, Republicans finally realize that repealing Obamacare isn’t all that easy and basically give up.
Trump proposes spending an extra $54 billion on defense without realizing he can’t do that.
Have either Trump or the Republican Congress done anything yet that’s been both successful and non-routine? Unless I’m forgetting something big, it’s just been one failure after another for the past two months. And that’s not even counting all the day-to-day idiocy coming out of the White House (“enemy of the people,” Sweden, “so-called judge,” Bowling Green massacre, national security confabs at Mar-a-Lago restaurant, etc.).

Help me out here. Am I missing some big success? …’ 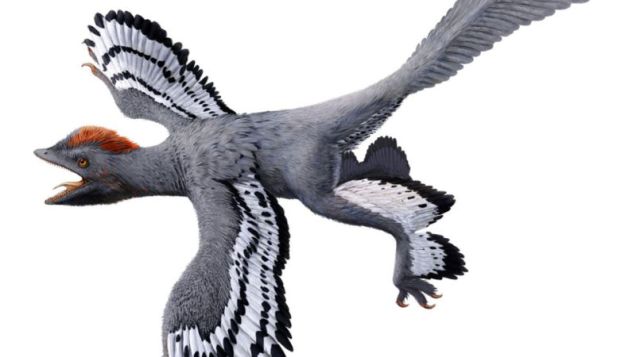 ‘Using high-powered lasers, paleontologists have detected rare traces of soft tissue in the fossilized remains of Anchiornis—a four-winged dinosaur that lived during the late Jurassic period. The findings are offering new insights into the origin of birds and the development of flight…’

‘…Avoid people who look and talk the part, whether surgeons or scientists or stockbrokers. They are trying to win your confidence by means of rituals rather than results. Practitioners who are exceptionally good at producing results have less need to conform to professional stereotypes. And those who succeed in a profession despite not looking the part must, all other things being equal, have greater talent…’

There is another, related point to make — nonconformity may be its own virtue. Is this what Thoreau meant:

“I say, beware of all enterprises that require new clothes, and not rather a new wearer of clothes.”

‘Broadly speaking, there are two explanations for why we lose all this stuff—one scientific, the other psychoanalytic, both unsatisfying. According to the scientific account, losing things represents a failure of recollection or a failure of attention: either we can’t retrieve a memory (of where we set down our wallet, say) or we didn’t encode one in the first place.

According to the psychoanalytic account, conversely, losing things represents a success—a deliberate sabotage of our rational mind by our subliminal desires. In “The Psychopathology of Everyday Life,” Freud describes “the unconscious dexterity with which an object is mislaid on account of hidden but powerful motives,” including “the low estimation in which the lost object is held, or a secret antipathy towards it or towards the person that it came from.” Freud’s colleague and contemporary Abraham Arden Brill put the matter more succinctly: “We never lose what we highly value.” …’

‘Maybe you don’t have a lot of street performers where you live, but all over the world they represent a web of underrepresented artists dedicated to performing live, day after day. It’s exactly that fleeting, often unremarked quality of street music that led Daniel Bacchieri, currently a Tow-Knight Center for Entrepreneurial Journalism Fellow at CUNY, to launch the Street Music Map project in 2014…’ 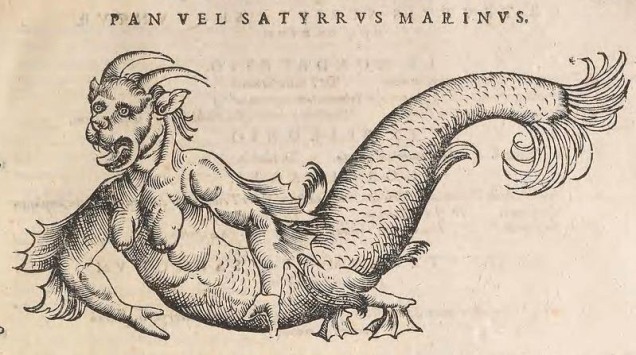 Here are 25 places to see yetis, sea monsters, Sasquatch, and other cryptids.

‘University of Manchester particle physicist and media personality, Brian Cox, may have sparked off a controversy. He said, during BBC Radio Four’s, The Infinite Monkey Cage program, “I want to make a statement: We are not here to debate the existence of ghosts because they don’t exist.”

He went on to explain:”If we want some sort of pattern that carries information about our living cells to persist then we must specify precisely what medium carries that pattern and how it interacts with the matter particles out of which our bodies are made. We must, in other words, invent an extension to the Standard Model of Particle Physics that has escaped detection at the Large Hadron Collider. That’s almost inconceivable at the energy scales typical of the particle interactions in our bodies.”

Astrophysicist and media personality Neil deGrasse Tyson, who was also a guest on the show, clarified by saying, “If I understand what you just declared, you just asserted that CERN, the European Center for Nuclear Research, disproved the existence of ghosts.”

Cox said yes. If ghosts were real, he posits, they would have a certain frequency or particle associated with them, corresponding with the human or body, with which it was once attached. If that was the case, we would be able to detect them. After all this time and with all our advanced instruments, we haven’t picked up anything close…’