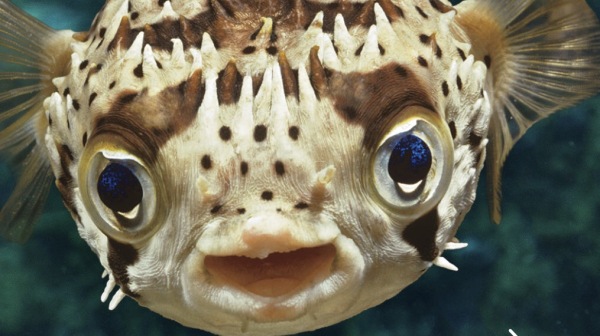 ‘In his new book, What A Fish Knows: The Inner Lives Of Our Underwater Cousins, [Jonathan] Balcombe presents evidence that fish have a conscious awareness — or “sentience” — that allows them to experience pain, recognize individual humans and have memory. He argues that humans should consider the moral implications of how we catch and farm fish. …’

‘…An article in this week’s New York Magazine looks at Snowden’s life in exile and comes away with a unique insight into Snowden’s clemency plan. As Snowden’s central counsel, the ACLU’s Ben Wizner, puts it: “We’re going to make a very strong case between now and the end of this administration that this is one of those rare cases for which the pardon power exists.” …’ 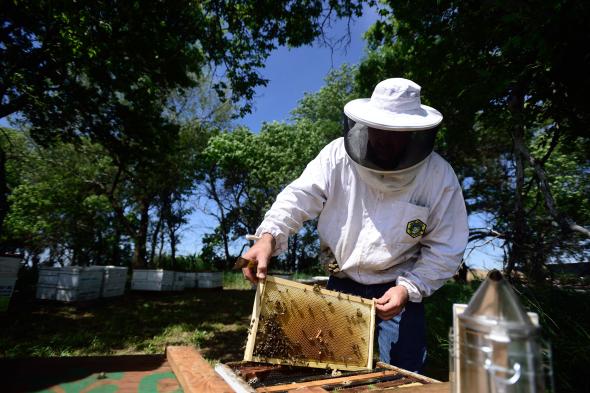 ‘“North Dakota is the last, best place in North America to keep bees…”

The state’s vast, open prairies with a sparse human population and scant agricultural development offer honeybees a safe haven. Buffered from farm pesticides, they can reap the nutritional benefits of pollen and nectar from a diverse array of flowering prairie plants.

But North Dakota is losing its prairie at an alarming rate.’

‘My stuff keeps lying to me.

My keyboard, trackpad, and mouse always tell me their batteries are nearly out of power weeks before they’re actually dead. All of the printers I connect to at work and at home, tell me their ink is getting low but continue to print just fine for at least another month.

I can appreciate the value in a well-timed warning—it gives me a chance to buy new supplies before the current set runs out—but when the warnings are consistently premature, they don’t have the desired effect. “Yeah, right,” I think when I see the ⚠︎ next to a printer’s name. “Do I look like I was born yesterday?”

The printer manufacturers at least have avarice as an excuse. They make their money on the ink cartridges they try to con you into buying before the old ones are spent. But I don’t understand the motive behind Apple’s premature ejaculations in Notifications. It’s not like my peripherals require Apple batteries.

Most people who are concerned about the coming Internet of Things Age decry the loss of privacy as their refrigerators spill the details on how much milk they buy. I’m more worried about my printer tracking me down over the internet to send me an urgent warning that its paper tray is only half full…’

‘An overachieving bigot in Nebraska reached an impressive new level of intolerance this week, filing a lawsuit against “Homosexuals”—as in all of them, everywhere—in a U.S. District Court on Friday, NBC News reports.

In the handwritten petition, 66-year-old Sylvia Driskell claims to be acting as ambassador for the plaintiffs, “God, and His, Son, Jesus Christ.” Appropriately titled Driskell v. Homosexuals, it asks U.S. District Judge John M. Gerrard to rule whether homosexuality “is a sin, or not a sin.” From the Omaha World-Herald:

Citing Bible verses, Driskell contends “that homosexuality is a sin and that they the homosexuals know it is a sin to live a life of homosexuality. Why else would they have been hiding in the closet(?)”

Driskell wrote in a seven-page petition to the court that God has said homosexuality is an abomination. She challenged the court to not call God a liar.

“I never thought that I would see a day in which our great nation or our own great state of Nebraska would become so compliant to the complicity of some people(’s) lewd behavior.”

Despite the suit naming hundreds of millions of defendants, however, the court’s docket notes no summons were issued.’