‘Researchers have identified a single, universal facial expression that is interpreted across many cultures as the embodiment of negative emotion.The look proved identical for native speakers of English, Spanish, Mandarin Chinese and American Sign Language (ASL).It consists of a furrowed brow, pressed lips and raised chin, and because we make it when we convey negative sentiments, such as “I do not agree,” researchers are calling it the “not face.” …’

My most common facial expression… 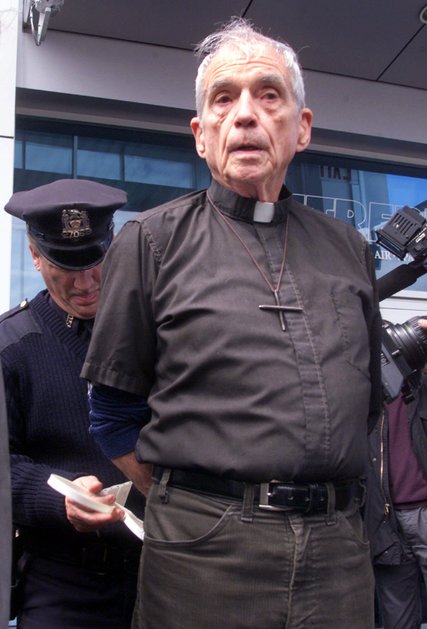 ‘The United States was tearing itself apart over civil rights and the war in Southeast Asia when Father Berrigan emerged in the 1960s as an intellectual star of the Roman Catholic “new left,” articulating a view that racism and poverty, militarism and capitalist greed were interconnected pieces of the same big problem: an unjust society.

It was an essentially religious position, based on a stringent reading of the Scriptures that some called pure and others radical. But it would have explosive political consequences as Father Berrigan; his brother Philip, a Josephite priest; and their allies took their case to the streets with rising disregard for the law or their personal fortunes.

A defining point was the burning of Selective Service draft records in Catonsville, Md., and the subsequent trial of the so-called Catonsville Nine, a sequence of events that inspired an escalation of protests across the country; there were marches, sit-ins, the public burning of draft cards and other acts of civil disobedience.

The catalyzing episode occurred on May 17, 1968, six weeks after the murder of the Rev. Dr. Martin Luther King Jr. and the outbreak of new riots in dozens of cities. Nine Catholic activists, led by Daniel and Philip Berrigan, entered a Knights of Columbus building in Catonsville and went up to the second floor, where the local draft board had offices. In front of astonished clerks, they seized hundreds of draft records, carried them down to the parking lot and set them on fire with homemade napalm.

Some reporters had been told of the raid in advance. They were given a statement that said in part, “We destroy these draft records not only because they exploit our young men but because they represent misplaced power concentrated in the ruling class of America.” It added, “We confront the Catholic Church, other Christian bodies and the synagogues of America with their silence and cowardice in the face of our country’s crimes.”

In a year sick with images of destruction, from the Tet offensive in Vietnam to the murder of Dr. King, a scene was recorded that had been contrived to shock people to attention, and did so. When the police came, the trespassers were praying in the parking lot, led by two middle-aged men in clerical collars: the big, craggy Philip, a decorated hero of World War II, and the ascetic Daniel, waiting peacefully to be led into the van.

In the years to come, well into his 80s, Daniel Berrigan was arrested time and again, for greater or lesser offenses: in 1980, for taking part in the Plowshares raid on a General Electric missile plant in King of Prussia, Pa., where the Berrigan brothers and others rained hammer blows on missile warheads; in 2006, for blocking the entrance to the Intrepid naval museum in Manhattan.“The day after I’m embalmed,” he said in 2001, on his 80th birthday, “that’s when I’ll give it up.” …’

Fr. Berrigan, along with his brother, has always been an inspirational intellectual and spiritual hero of mine, although I don’t have a Catholic bone in my body. I am deeply saddened by his passing but he is to be celebrated rather than mourned. 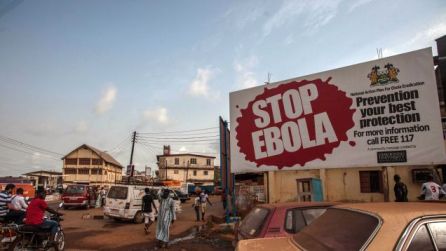 ‘While the Ebola outbreak in West Africa has officially ended, isolated cases have appeared in Sierra Leone and Guinea earlier this year, prompting worries that the virus will likely have a constant presence in the region. A new study brings up some additional concerns: the virus might lie dormant in survivors longer than expected…’