‘For every little red dot on the map, someone has reported hearing a low-frequency hum whose source they’ve been absolutely unable to identify.It’s not a new phenomenon, either. When Britain’s Sunday Mirror tabloid published an article about it called “Have You Heard the Hum?” in 1977, 800 people contacted the paper to say they had. There are accounts of what could be the hum dating as far back as 1828 when travelers to the Pyrenees heard a ”dull, low, moaning, aeolian sound” they couldn’t identify. And as recently as early April 2016, residents of Plymouth near the south shore of England were experiencing the return of an unexplained hum they’d first heard a year earlier…

The man behind the World Hum Map is Dr. Glen MacPherson, a former lecturer at the University of British Columbia. His map is a crowd-sourced effort to start figuring out, in some scientific way, what on earth—or above it?—causes the Hum. McPherson himself suspects the Hum may be a product of VLF (Very Low-Frequency) radio transmissions.

Now Fabrice Ardhuin, a senior researcher at Centre National de la Recherche Scientifique in France announced in Geophysical Research Letters, a journal of the American Geophysical Union, that he’s figured out what produces the Hum: Pressure from waves on the seafloor are causing the Earth to oscillate and produce low-frequency sounds for 13 to 300 seconds. These microseismic waves can be picked up by seismic instruments and by the small number of people sensitive to these low frequencies…’ 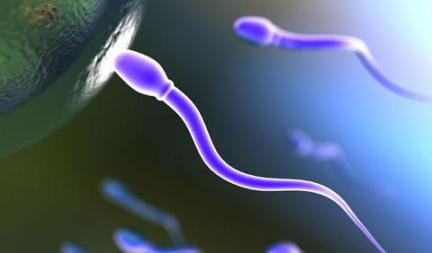 ‘Sperm count, what is actually called sperm concentration, has dropped even among younger men. A man’s concentration must be 15 million sperm per milliliter or more. Below this point he is considered subfertile. Also, things like motility—its ability to swim vigorously in order to reach the egg, DNA formation, and even the size and shape of sperm are all incredibly important when it comes to conception. These qualities have declined as well. One French study, conducted between 1989 and 2005, and including 26,000 men, found that sperm counts dropped by one-third over the sixteen year period . Sperm quality also declined by a similar margin. The decrease was progressive—meaning it is probably still ongoing. Some studies point to sperm quality declining for at least the last century.

Gary Cherr is a reproductive toxicologist at the University of California, Davis. He says men in industrialized countries are producing poorer sperm than our primate cousins and other mammals. Among the most fertile men such an issue are still prominent, according to Cherr. In a recent European study, 20% of young men were found to be subfertile. This trend may be driving the recent popularity in fertility procedures, such as vitro fertilization (IVF). The rate of testicular cancer worldwide over the last 30 years has also doubled, and researchers wonder if there is a connection.

Though there still is no clear understanding of what is causing sperm’s decline, theories abound. Toxins in the environment such as endocrine disruptors (like PCBs), industrial waste, and agricultural chemicals—pesticides and fertilizers have all been blamed. One study found that industrially produced aluminum in the environment, first introduced as a consumer product around the same time the decline started, could be the culprit. Other suspects include exposure to radiation through electronic devices, a high fat diet, lack of exercise and a more sedentary lifestyle, and the obesity epidemic. Couples are also having children later in life, further affecting fertility…’