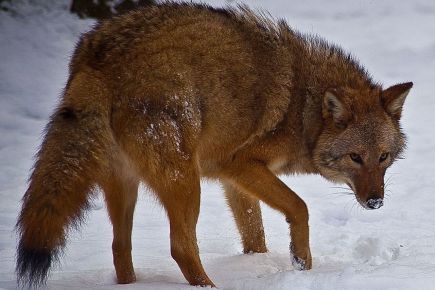 ‘This column is part of a series where Verge staffers post highly subjective reviews of animals. Up until now, we’ve written about animals without telling you whether they suck or rule. We are now rectifying this oversight.

Okay, I’m probably about to piss off a bunch of scientists by using that name: coywolf. But it’s so catchy I’m going to keep using it — after all, the coolest breed of coyotes deserves a cool name. Coywolves, a hybrid animal that’s the result of mating between coyotes, wolves, and dogs, have been colonizing the eastern US pretty much undisturbed. (Maybe they should be dubbed coywolfdog or coydogwolf, but for obvious reasons none of these weird names have stuck around.)

Also called Canis latrans var., the coywolf is the newest top predator of the east coast, ranging from Florida to Maine and up into Canada. Seriously, if you live in Boston or Washington, DC, expect to run into them at the park or in a cemetery at some point in your life. In New York City, they’ve been spotted in downtown Manhattan, as well as on the roof of a bar in Long Island City. (Just because the raccoon invasion wasn’t enough.)

Coywolves do look slightly different from regular western coyotes. They have longer legs and a longer body, smaller ears, a bushier tail, a larger jaw, and a wider skull. They weigh between 35 and 45 pounds, and they usually live in families of three to five if food is abundant. Their genetic makeup is roughly 65 percent coyote, 25 percent wolf, and 10 percent dog, making them a little wilder than a poodle but less scary than an actual wolf. (Coywolves will take down a deer just like a wolf though; they don’t limit their diet to rabbits and small rodents.)

We helped create them, of course. In the 1800s and early 1900s, we decimated wolves because they killed livestock. We also cut down huge amounts of trees in the northeastern US for lumber and to make space for pastures and crops. As you can imagine, all of this limited wolves’ mating options. Desperate for sex, wolves began mating with eastward-expanding coyotes. The first coywolf was detected around 1919 in Ontario, Canada; half a century later dog DNA was mixed in, giving rise to the new animal hybrid that’s so common today. There’s no real estimate of how many coywolves lurk in Americans’ backyards at night, but their number is in the millions, says Roland Kays of North Carolina State University.

Coywolves are basically living reminders that evolution happens all the time and animals adapt to deal with the biggest destroyer of all, humans. “They’re an example of nature adapting very rapidly to the changes that we have made in the planet,” Kays tells The Verge. “It shows how evolution can help animals live in the modern world.” I mean, how cool is that? We finally found an animal that’s not about to be wiped out because of how badly we screwed up…’ 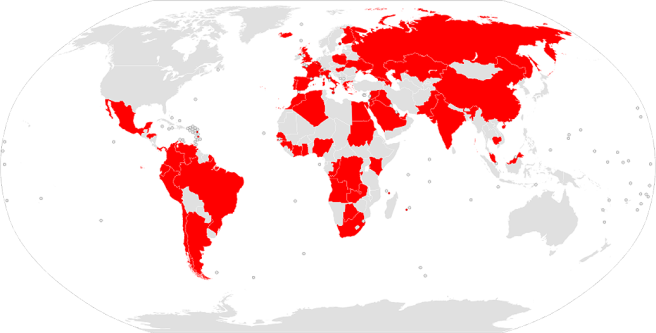