‘Donald Trump has a “dangerous mental illness” and is not fit to lead the US, a group of psychiatrists has warned during a conference at Yale University.Mental health experts claimed the President was “paranoid and delusional”, and said it was their “ethical responsibility” to warn the American public about the “dangers” Mr Trump’s psychological state poses to the country.

Speaking at the conference at Yale’s School of Medicine on Thursday, one of the mental health professionals, Dr John Gartner, a practising psychotherapist who advised psychiatric residents at Johns Hopkins University Medical School, said: “We have an ethical responsibility to warn the public about Donald Trump’s dangerous mental illness.” …’ 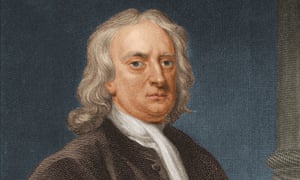 ‘Scientists have created a fluid that exhibits the bizarre property of “negative mass” in an experiment that appears to defy the everyday laws of motion.

Push an object and Newton’s laws (and common experience) dictate that it will accelerate in the direction in which it was shoved.

“That’s what most things that we’re used to do,” said Michael Forbes, a physicist at Washington State University and co-author of the paper, which shows that normal intuitions do not always apply to physics experiments. “With negative mass, if you push something, it accelerates toward you.”

For an object with negative mass, Newton’s second law of motion, in which a force is equal to the mass of an object multiplied by its acceleration (F=ma) would be experienced in reverse.

Theoretically, this sounds straightforward, but picturing how this behaviour would work in the real world is bewildering, even for experts…’

‘Meet Steve, a newly discovered atmospheric phenomenon that’s so strange it still doesn’t have a formal scientific description, hence the placeholder name. Thanks to the work of aurora enthusiasts and atmospheric scientists, we’re now learning more about Steve, but many questions remain.

This stunning feature was first documented by the Facebook group Alberta Aurora Chasers last year. Awareness of the object, in conjunction with the powers of social media, have now resulted in more than 50 observer reports. This ribbon of purple and green light is unlike any other known auroral feature and we’re still not sure what causes it. The Alberta Aurora Chasers decided to call it Steve in honor of the children’s movie Over the Hedge, in which a character arbitrarily conjures up the name Steve to describe an object he’s not sure about…’