Is this any surprise to you?

“New research now shows that, in addition to just learning about other people, places, and things, readers actually take on the experiences and beliefs of the characters in books.

In a study published by the Journal of Personality and Social Psychology, researchers at Ohio State University report the results of six experiments that tested the degree to which people found themselves feeling the emotions, thoughts, behaviors, goals, and traits of the characters in fictional stories. Overall, the authors report that this phenomenon, called “experience-taking,” can lead to real changes in the lives of the readers, albeit temporary.” (Brain Blogger).

“Why are we thinking so much about thinking these days? Near the top of best-seller lists around the country, you’ll find Jonah Lehrer’s “Imagine: How Creativity Works,” followed by Charles Duhigg’s book “The Power of Habit: Why We Do What We Do in Life and Business,” and somewhere in the middle, where it’s held its ground for several months, Daniel Kahneman’s “Thinking, Fast and Slow.” Recently arrived is “Subliminal: How Your Unconscious Mind Rules Your Behavior,” by Leonard Mlodinow.

It’s the invasion of the Can’t-Help-Yourself books. …These books possess a unifying theme: The choices we make in day-to-day life are prompted by impulses lodged deep within the nervous system. Not only are we not masters of our fate; we are captives of biological determinism. Once we enter the portals of the strange neuronal world known as the brain, we discover that — to put the matter plainly — we have no idea what we’re doing.”  (NYTimes)

Nick Haslam: “In 30 years of studying the field I rarely came across any recognition that human beings are creatures who excrete. Much of what we psychologists care about is on the mental side of the mind/body divide, but even when we go corporeal we eliminate elimination. Psychologists have examined the psychobiology of eating, sleeping and sex at great length, and devoted numerous journals and professional associations to them. We have investigated how substances cross from outer to inner but largely ignored traffic in the other direction.” (The Psychologist).

It was invented in 1899. It hasn’t been improved upon since. – “…if the paper clip can be a symbol for endless drudgery, it can also be twisted, pulled apart, and used as a tool. And in this capacity, many of the practices to which it is best suited are the opposite of the commercially productive, sanitary, and morally meaningless act of clipping together papers. Paper clips can be used to pick locks, clean under fingernails, and hack into phones. Straightened out, they are used by office workers to distract themselves from the monotony of their intended use. Nearly every reader of Joshua Ferris’ novel of office life, Then We Came to the End, becomes part of his collective narrator as they read the sentence, “If a stray paper clip happened to be lying around we were likely to bend it out of shape,” and every white-collar underling must find familiar David Foster Wallace’s description of office life in The Pale King: “The way hard deskwork really goes is in jagged little fits and starts, brief intervals of concentration alternated with frequent trips to the men’s room, the drinking fountain, the vending machine, constant visits to the pencil sharpener, phone calls you suddenly feel are imperative to make, rapt intervals of seeing what kinds of shapes you can bend a paperclip into, &c.” The paper clip, which possesses inexpensiveness, interchangeability and consistency, has also been used as a symbol for the numerous: a Tennessee school collected 6 million paper clips to symbolize the Jews killed during the Holocaust, a project documented in a 2004 Miramax film. And its affordability can be a symbol of humble beginnings: In 2005, a Canadian named Kyle McDonald took a red paper clip and began a series of online trades that eventually netted him a house (not to mention a blog, a book, and a lot of public speaking gigs). A philosophical conceit called the “paperclip maximizer” is an artificial intelligence that, programmed by humans solely to manufacture as many paper clips as possible, eventually takes over the Earth and increasing portions of space in its quest for material, leaving trillions of paper clips with no one to use them.

Finally, the simplicity of the paper clip has allowed it to become a graphic symbol on the digital desktop. For many a 21st-century office worker, it is more often encountered as the “attachment” icon in an email program than in the physical form of a bent steel wire. As we move further and further toward a paperless society, that loop-the-loop form might become more familiar in two dimensions than in three….” (Slate ) 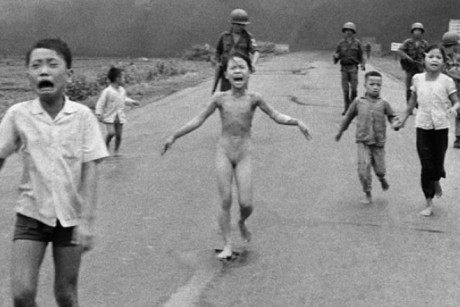 Robert Reich: “The public’s growing disdain of the Supreme Court increases the odds that a majority will uphold the constitutionality of Obamacare.” (Salon.com).

See if you believe this argument.

“Ten people with Parkinson’s disease this week received injections of the first vaccine aimed at combating the condition. Called PD01A, the drug primes the body’s immune system to destroy alpha-synuclein, a protein thought to trigger the disease by accumulating in the brain and disrupting dopamine production.” (New Scientist)