“The collision in early February of the 60-mile-long B-9B iceberg with the protruding tongue of the Mertz Glacier in East Antarctica is captured here in a series of satellite radar images.

The crash created a second massive iceberg nearly 50 miles long and 25 miles wide, named C-28. The name means that it’s the 28th glacier since 1976 that has broken off from the quadrant of Antarctica that faces Australia.

The two icebergs have since drifted into a polynya, which is an area of open water that’s surrounded by sea ice but stays unfrozen for much or all of the year. The bergs are obstructing the ocean circulation created by the polynya, and could deprive local marine life of oxygen if they don’t move.

The images were taken by the synthetic-aperture-radar instrument aboard the European Space Agency’s Envisat satellite.” (Wired)

“An extra-tall wave struck a cruise ship off the Mediterranean coast of Spain this week, claiming two lives and injuring one person on board. Though the wave may not qualify as a “rogue wave,” it could have been created by the same forces.” (Wired)

“Oxford scientists have created a transparent form of aluminium by bombarding the metal with the world’s most powerful soft X-ray laser. 'Transparent aluminium' previously only existed in science fiction, featuring in the movie Star Trek IV, but the real material is an exotic new state of matter with implications for planetary science and nuclear fusion.” (physorg.com)

The event begins at the crack of dawn on Wednesday, July 22nd, in the Gulf of Khambhat just east of India. Morning fishermen will experience a sunrise like nothing they've ever seen before. Rising out of the waves in place of the usual sun will be an inky-black hole surrounded by pale streamers splayed across the sky. Sea birds will stop squawking, unsure if the day is beginning or not, as a strange shadow pushes back the dawn and stirs up a breeze of unaccustomed chill.

Most solar eclipses produce this sort of surreal experience for a few minutes at most. The eclipse of July 22, 2009, however, will last as long as 6 minutes and 39 seconds in some places, not far short of the 7 and a half minute theoretical maximum. It won't be surpassed in duration until the eclipse of June 13, 2132.” (NASA).

“A single mega-colony of ants has colonised much of the world, scientists have discovered.

Argentine ants living in vast numbers across Europe, the US and Japan belong to the same interrelated colony, and will refuse to fight one another.

The colony may be the largest of its type ever known for any insect species, and could rival humans in the scale of its world domination.” (BBC)

‘…[A] collection of a few of the more interesting spheres found around the world.

Sweden Solar System: The world’s largest model of our planetary system centered around the largest spherical building in the world.

The Mapparium: An three story inside-out glass globe built in 1935.

The Sudbury Neutrino Observatory: A gigantic spherical neutrino detector built into the largest man made underground cavity in the world.

The Republic of Kugelmugel: A spherical “micro-nation” in the heart of Vienna…’ [via boing boing]

Wondrous, curious, and bizarre locations around the world. 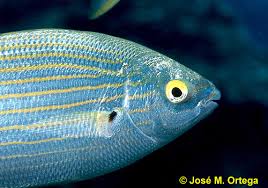 A fish that has been reported to cause LSD-like hallucinations when eaten has been found in the English Channel, many hundreds of miles away from its normal habitat.

The fish, Sarpa salpa, is commonly caught off the coast of South Africa and in the Mediterranean but turned up in the nets of Cornish fisherman Andy Giles.

Sarpa salpa is a popular dish in Mediterranean restaurants but cases of it supposedly causing hallucinations have been reported.” (Guardian.UK).

Found in the photographer’s casting net on a Tampa Bay beach.

“The explosive nature of these fascinating geological mountains provide us with a time line of earth’s past, they create chains of living and breathing islands, and they cause deathly destruction to everything they touch.” (Scienceray)

Grazing and resting cattle and deer orient themselves toward magnetic north, according to analysis of satellite images. This has apparently never been noticed by herdsmen or hunters, the researchers say. via PNAS.

Now, as to why in the world this might be…

“A bat that was clinging to space shuttle Discovery’s external fuel tank during the countdown to launch the STS-119 mission remained with the spacecraft as it cleared the tower, analysts at NASA’s Kennedy Space Center concluded.

Based on images and video, a wildlife expert who provides support to the center said the small creature was a free tail bat that likely had a broken left wing and some problem with its right shoulder or wrist. The animal likely perished quickly during Discovery’s climb into orbit.” via NASA.

…or Phenomenal Fake? via Truemors thanks to Guy Kawasaki.

“Trudging gingerly across the arid sands of the Gobi desert, Czech explorer Ivan Mackerle is careful not to put a foot wrong, for he knows it may be his last. He scours the land and shifting valleys for tell-tale signs of disturbance in the sands below, always ready for the unexpected lurch of an alien being said to kill in one strike with a sharp spout of acidic venom to the face. A creature so secretive that no photographic evidence yet exists, but the locals know it’s there, always waiting in silence for its prey, waiting to strike – the Mongolian Death Worm.” via Environmental Graffiti.

‘Diamond will always be a girl’s best friend, but it may soon lose favour with industrial drillers.

The gemstone lost its title of the “world’s hardest material” some time ago, to man-made nanomaterials of slightly greater toughness. Now a rare natural substance looks likely to leave them all far behind – at 58% harder than diamond.

The first, wurtzite boron nitride has a similar structure to diamond, but is made up of different atoms.

The second, the mineral lonsdaleite, or hexagonal diamond is made from carbon atoms just like diamond, but they are arranged in a different shape.’ via New Scientist. “Police in Finland believe they have caught a car thief from a DNA sample taken from a mosquito they noticed inside an abandoned vehicle.”