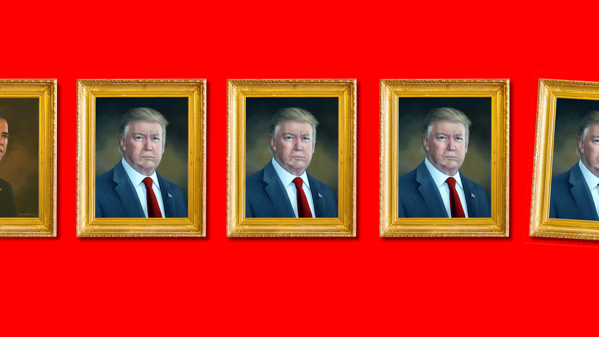 For nearly 250 years, presidents have respected the law. Even when electoral defeat has been unexpected and ignominious, presidents have passed the baton without acrimony. In a sense, perhaps this is the central achievement of the American system: to have transferred power peacefully from one leader to the next, without heredity to guide the way.

That a president would defy the results of an election has long been unthinkable; it is now, if not an actual possibility, at the very least something Trump’s supporters joke about. As the former Arkansas Governor Mike Huckabee tweeted, President Trump “will be eligible for a 3rd term due to the illegal attempts by Comey, Dems, and media , et al attempting to oust him as @POTUS so that’s why I was named to head up the 2024 re-election.” A good troll though it may have been, Huckabee is not the first person to suggest that Trump might not leave when his presidency ends.

…If Trump were inclined to overstay his term, the levers of power work in favor of removal. Because the president immediately and automatically loses his constitutional authority upon expiration of his term or after removal through impeachment, he would lack the power to direct the U.S. Secret Service or other federal agents to protect him. He would likewise lose his power, as the commander in chief of the armed forces, to order a military response to defend him. In fact, the newly minted president would possess those presidential powers. If necessary, the successor could direct federal agents to forcibly remove Trump from the White House. Now a private citizen, Trump would no longer be immune from criminal prosecution, and could be arrested and charged with trespassing in the White House. While even former presidents enjoy Secret Service protection, agents presumably would not follow an illegal order to protect one from removal from office. Although Trump’s remaining in office seems unlikely, a more frightening—and plausible—scenario would be if his defeat inspired extremist supporters to engage in violence. One could imagine a world in which Trump is defeated in the 2020 election, and he immediately begins tweeting that the election was rigged. Or consider the possibility, albeit remote, that a second-term Trump is removed from office through impeachment, and rails about his ouster as a coup. His message would be amplified by right-wing media. If his grievances hit home with even a few people inclined toward violence, deadly acts of violence, or even terrorist attacks against the new administration, could result.…’

One thought on “Trump’s Presidency Will End Someday. What if He Won’t Go?”