Citizens prepare to take on a would-be regime: 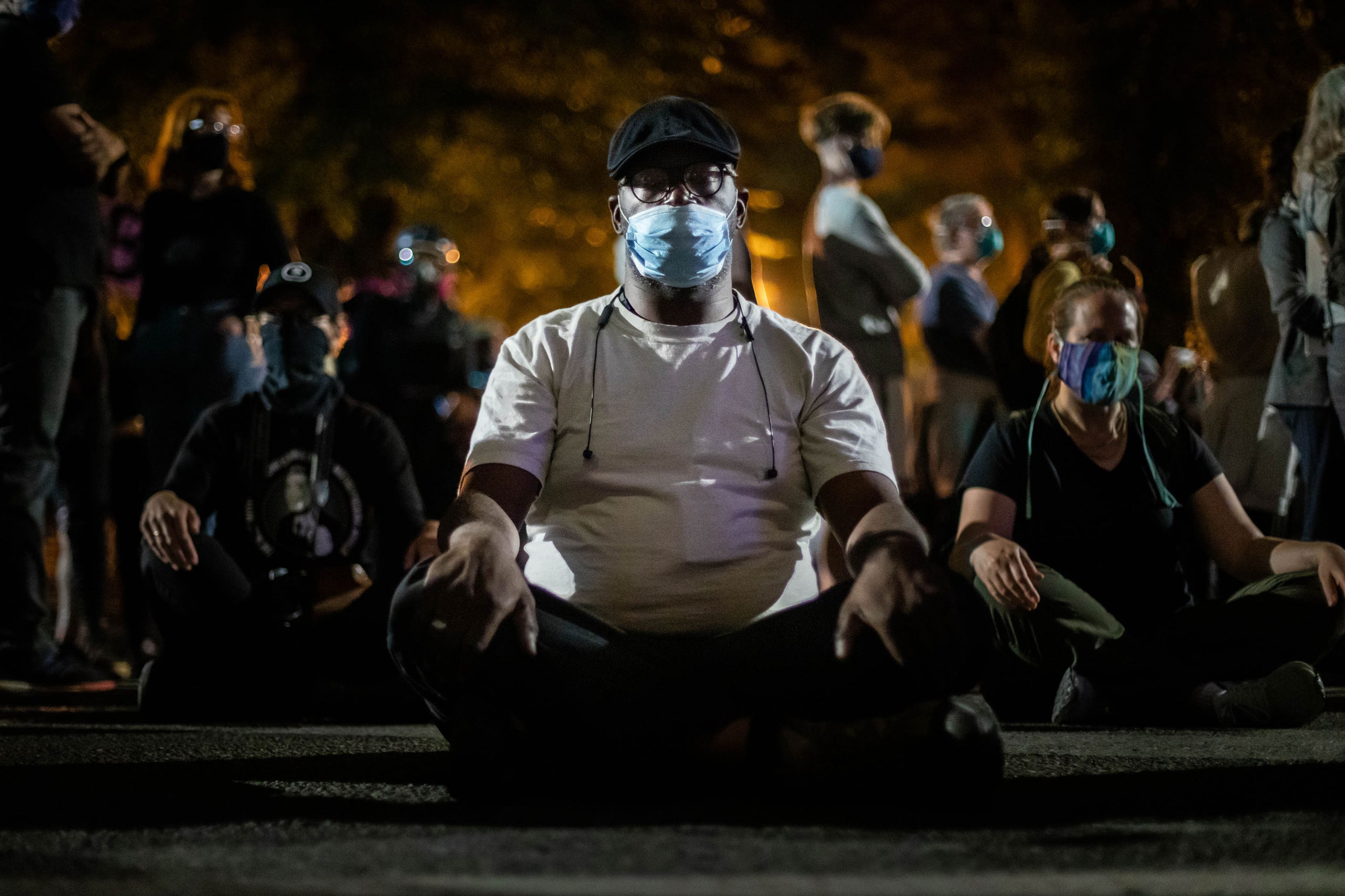 — via The New Yorker

For months trump has hinted that he might not concede power if he loses in November. His response to questions about committing to a peaceful transfer of power was, “There won’t be a transfer, frankly. THere’ll be a continuation.” Is this plausible? There has been endless speculation about ways trump could orchestrate a power grab on November 4th:

‘The possibilities include familiar tactics—contesting mail-in ballots and turning the process into Bush v. Gore on steroids—and others that sound straight out of a police state. For example, Trump could summon federal agents or his supporters to stop a recount or intimidate voters. According to some experts, this would constitute an autogolpe, or “self coup”: when a President who obtained power through constitutional means holds onto it through illegitimate ones, beginning the slide into authoritarianism…’

Organizing to combat these possibilities has been proceeding. There’s the 50-page downloadable manual Hold the Line: A Guide to Defending Democracy and the work of Quaker sociologist George Lakey, known for his 1964 Manual for Direct Action (which is often referred to as the bible for participants in the civil rights movement) and training activists throughout the world in their struggles against repressive regimes. American activists accustomed to the slow pace of organizing for social change would need an entirely new skill set to defeat a fast-moving coup.

A group Lakey helped form this summer called Choose Democracy has been asking people to take a pledge to commit to nonviolent direct action if a coup is attempted. So far it has more than 30,000 signatures. The group is giving training sessions on “Beating an Election-Related Power Grab” in Zoom based on the studies of successful occasions when citizens of a country were able to rise up and defeat a coup. Common factors have included the rapid construction of an alliance drawing from a broad cross-section of society, focusing on the center of the political spectrum, remaining nonviolent, and refusing to compromise with the wannabe despot.

As far as tactics go, Lakey dismisses the impact of mass protests. We know from the last four years that they have no impact on trump and his cronies. Instead, there have to be ways of depriving trump of the institutional support he would need to govern by focusing on institutions such as banking, business, the military, the media, law enforcement and the judiciary as well as local bureaucracies.

There are alarming challenges in the US to avoiding violence, mostly the millions of US citizens who are loyal trump supporters and own guns — and not just guns but semi-automatic weapons.

‘Lakey acknowledged, “There are a lot of alarming things going on already in this country with regard to what I call Trump’s ‘irregulars.’ ” He said that protesters should plan their rallies for places where it would be difficult for violence to break out: in the lobby of an office building or in a car caravan. He told participants to imagine that they were Proud Boys looking to “rumble.” “Ask, ‘What would they welcome?’ And then not do that!” he said. One tip, from the civil-rights movement: “When in doubt, sit down. It’s counterintuitive. But it has been used in multiple cultures, and it works.” (Except with tear gas. Then, he said, “walking slowly would be best.”)…’

In the last analysis, outbreaks of right-wing violence could horrify the public and bring a surge of indecisive people into the opposition. ‘That’s what happened during Thailand’s military coup, in 1992, when soldiers shot into a crowd of nonviolent demonstrators.’

What happens if Donald Trump fights the election results? ‘Stealing a Presidential election in America is difficult, but it has been done before…,’ writes Eric Lach in The New Yorker.

National Workshops on beating an election-related power-grab (Choose Democracy), led by George Lakey on Zoom , Oct 25-Nov 1 as well as after the election

‘Asteroid 2018 VP1 is scheduled to graze Earth on Nov. 2, the day before the US elections. It has a real but exceedingly slim (0.41%) possibility of entering our planet’s atmosphere, at which point it would harmlessly disintegrate. But Oreo isn’t taking any chances. The company has built a concrete doomsday vault in Norway to house its cookies.

The vault design is inspired by the famous seed vault in the Arctic that’s meant to preserve the world’s botanical legacy against natural or human-caused disasters. Oreo’s version is much smaller, but it shows the cookie company’s commitment to riding out a truly epic PR stunt….’

— via Design You Trust

Tracking Of An Eagle Over A 20 Year Period

‘To bring back our long-lost excitement for hard pieces of data, aka maps, plans, and geographic drawings, we’re gonna need to start from the very best of them. Luckily, there’s a whole online community on Reddit (created by Patrick McGranaghan, who started the subreddit in 2011 while living in Taiwan) dedicated to the most unusual charts of geographic areas that took maps to a whole new level….’

— via Design You Trust

‘Jared Kushner and Ivanka Trump are so angry about billboards mocking them in Times Square that they’re threatening to sue the Lincoln Project, which put them there….’

“I don’t know what happened. But years ago, you know, he [Sacha Baron Cohen] tried to scam me and I was the only one who said no way. That’s a phony guy and I don’t find him funny… To me, he’s a creep…”

“Donald—I appreciate the free publicity for Borat! I admit, I don’t find you funny either. But yet the whole world laughs at you. I’m always looking for people to play racist buffoons, and you’ll need a job after Jan. 20. Let’s talk!”…’

Inside the bizarre, secret meeting between Malcolm X and the Ku Klux Klan in January 1961: 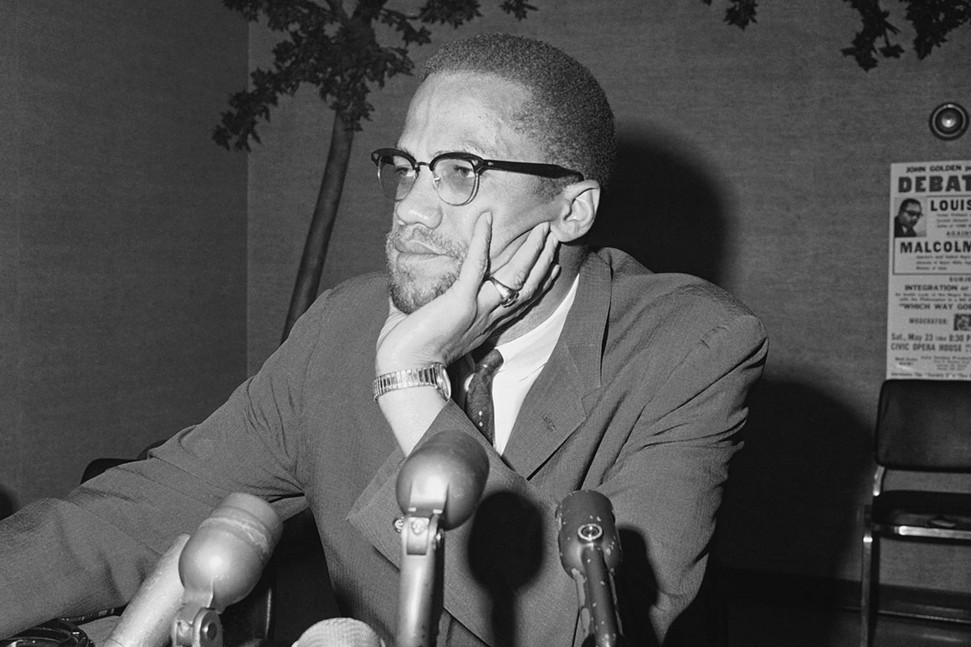 ‘The meeting was the beginning of an uneasy alliance between the NOI and the Ku Klux Klan on shared goals of racial separation. It was also the beginning of Malcolm’s disillusionment with the Black Muslim organization and his embrace of the more mainstream civil rights movement….’

‘The environmental group claims that the 1.23 million metric tons of water stored at the plant — scene of the 2011 Fukushima Daiichi nuclear disaster — contains “dangerous” levels of the radioactive isotope carbon-14 and other “hazardous” radionuclides, which it says will have “serious long-term consequences for communities and the environment” if the water is released into the Pacific Ocean.

To cool fuel cores at the damaged Fukushima nuclear plant operator Tokyo Electric Power Company (TEPCO) has pumped in tens of thousands of tons of water over the years. Once used, the water is put into storage.

But nine years on from Japan’s worst nuclear disaster, storage space is running out, and the government is still deciding what to do with the water….’ 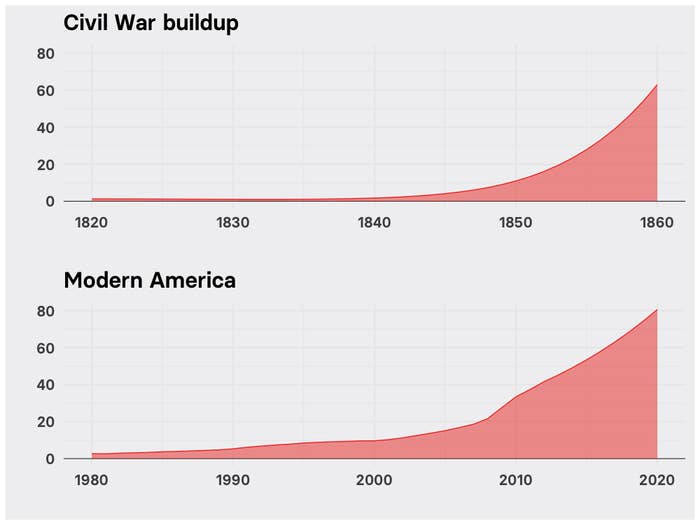 ‘Two researchers claim that a single number they call the “political stress indicator” can warn when societies are at risk of erupting into violence. It’s spiking in the US, just like it did before the Civil War….’