’We’ve seen it happen too many times. A person calls 911 to report a disturbance next door or out in the street. The police show up. Things go awry and the police shoot the person at the center of the disturbance — and it turns out that the person had a mental health issue.

According to the Treatment Advocacy Center, a Virginia-based nonprofit working to improve access to mental health treatment, at least one in four people killed by the police in the US has a serious mental health problem. Stories of these police killings have been in the headlines over the past few months, with anguished family members decrying officers’ violence toward their loved ones.

There’s got to be a better way to handle 911 calls.

Some people say there is: Instead of sending police to deal with non-criminal emergencies, why not send mental health experts?…’

’How can you know that any animal, other human beings, or anything that seems conscious, isn’t just faking it? Does it enjoy an internal subjective experience, complete with sensations and emotions like hunger, joy, or sadness? After all, the only consciousness you can know with certainty is your own. Everything else is inference. The nature of consciousness makes it by necessity a wholly private affair.

These questions are more than philosophical. As intelligent digital assistants, self-driving cars and other robots start to proliferate, are these AIs actually conscious or just seem like it? Or what about patients in comas – how can doctors know with any certainty what kind of consciousness is or is not present, and prescribe treatment accordingly?

In my work, often with with psychologist Jonathan Schooler at the University of California, Santa Barbara, we’re developing a framework for thinking about the many different ways to possibly test for the presence of consciousness.…’

’Whether or not fish feel pain has been debated for years. But the balance of evidence says yes. Now the question is, what do we do about it?…’ 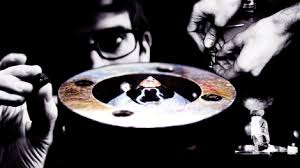 ’Physicist Eugene Paul Wigner predicted more than 80 years ago that hydrogen, the most abundant element in the universe, could turn into an electricity-conducting solid metal at the right temperature and pressure. Scientists have spent decades since attempting to synthesize this material—and may have finally done so.

A team of researchers in France has posted a paper on the arXiv physics preprint server describing their observation of metallic hydrogen under pressures greater than those inside Earth’s core. Several times, other researchers have claimed to discover this phase of matter, claims that are generally met with varying levels of skepticism. But some experts think that this newest claim could be the real deal.

Metallic hydrogen is exactly what it sounds like—a state of the element hydrogen where it has the properties of a metal. The substance should “indisputably” exist, according to the new paper, thanks to something called quantum confinement: restrict electrons’ motion enough, and the electronic and optical properties of the material change thanks to the rules of quantum mechanics. At high enough pressures, any insulator should become a conductive metal, according to the paper; oxygen becomes a metal at 100 GPa, around a million times the pressure of Earth’s air at sea level, for example.

The discovery of metallic hydrogen would be exciting for a few reasons. Of course, it would prove experimentally that the material existed. It might transmit electricity without heating up, meaning it would be a superconductor, perhaps even a room-temperature superconductor. That’s another long-sought goal of physicists and could revolutionize electronics. Further, such a metal might fill the centers of massive planets like Jupiter, so being able to create it here on Earth could help us learn more about those planets.…’