The catastrophic consequences of the non-Neutral Net will be very hard to spot, until it’s too late

“Gaming disorder” to be recognized

Florida man attacks ATM after it dispenses too much money

“Where is Everybody?” asked Enrico Fermi.

‘The Zoo Hypothesis, proposed by the MIT radio astronomer John A. Ball in 1973, says that aliens may be avoiding contact with us on purpose, so as not to interfere with our evolution and the development of our societies. The human civilization could be essentially living in a “zoo” or a space wildlife sanctuary, where others populating the cosmos dare not go. By staying clear of us, they avoid interplanetary contamination.

Perhaps the aliens are waiting for us to reach a certain technological or moral point before they will talk to us. Or they may be simply trying to protect us and themselves. You’ve seen “Independence Day” – there may be a similar movie made thousands of light years away about us….’ 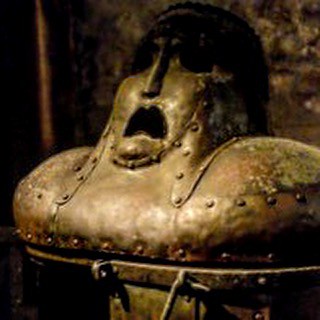 ‘The president is a “narcissist.” He is “paranoid.” He is “bipolar.”

No, not President Trump.

These labels were applied to Bill Clinton, Richard Nixon and Theodore Roosevelt, respectively. And the list goes on. John F. Kennedy had psychopathic traits, according to one academic study. And Abraham Lincoln apparently experienced suicidal depression.

“Many of our greatest politicians have had psychiatric vulnerabilities,” says Ken Duckworth, a psychiatrist and medical director for the National Alliance on Mental Illness. But that didn’t necessarily make them incompetent or unfit for office, he says.

So it’s troubling that there have been so many armchair diagnoses of Trump in 2017, Duckworth says….’

Duckworth is plain wrong. The point is not whether a president, or anyone else, carries a mental health diagnosis. It is the nature of the diagnosis. Some mental health difficulties, particularly if compensated, arguably have no impact on fitness for office — e.g. bipolar disorder or depression. This makes them the private health issue of the bearer and none of our business.

Other mental health labels, such as psychopathic traits (one should more properly say ‘sociopathic’), may even be enhancements. Many writers say that sociopathy is closely related to effective executive skills in the corporate or political worlds. Even moderate narcissism can be adaptive (although one might argue that it played into Clinton’s shortfalls). On the other hand, Trump’s malignant narcissism is unprecedented, and causes direct profound impairment to his capacity as President and to our health and wellbeing. One need not go into details that have been highlighted here and in countless more articulate sources for at least a year now.

As to Duckworth’s disparagement of ‘armchair diagnosis,’ the nature of Trump’s narcissism, unlike the other diagnoses referred to above, is that it is played out on the public stage, right in our faces, because it all about his insatiable thirst for public adulation. Thus, only the three monkeys who ‘see no evil, hear no evil, and speak no evil,’ will avoid raising the issue of his mental fitness in the face of the clear and present danger he represents to all of us. The time is long past for standing on the empty ceremony of the Goldwater Rule in the face of this emergency.

Finally, Duckworth’s remit as the medical director of the National Alliance for the Mentally Ill has much to do with advocating for his constituency by combating stigmatizing attitudes toward those with mental health difficulties. Sure, let’s not stigmatize them in general… but, hey, that doesn’t mean that no one with mental health difficulties is malignant! Political correctness only goes so far.