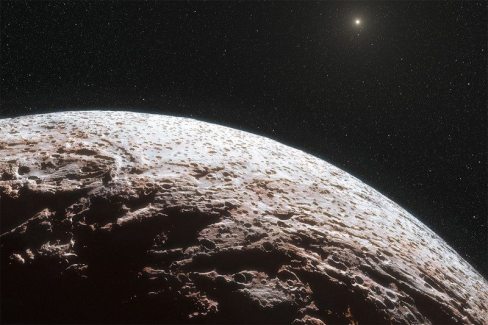 ‘ “I hope everyone has buckled their seatbelts because the outer solar system just got a lot weirder.” That’s what Michele Bannister, an astronomer at Queens University, Belfast tweeted on Monday. She was referring to the discovery of a TNO or trans-Neptunian object, something which sits beyond Neptune in the outer solar system. This one is 160,000 times fainter than Neptune, which means the icy world could be less than 200 kilometres in diameter. It’s currently above the plane of the solar system and with every passing day, it’s moving upwards – a fact that makes it an oddity.

The TNO orbits in a plane that’s tilted 110 degrees to the plane of the solar system. What’s more, it swings around the sun backwards unlike most of the other objects in the solar system. With this in mind, the team that discovered the TNO nicknamed it “Niku” after the Chinese adjective for rebellious. To grasp how truly rebellious it is, remember that a flat plane is the signature of a planetary system, as a star-forming gas cloud creates a flat disk of dust and gas around it. “Angular momentum forces everything to have that one spin direction all the same way,” says Bannister. “It’s the same thing with a spinning top, every particle is spinning the same direction.”

That means anything that doesn’t orbit within the plane of the solar system or spins in the opposite direction must have been knocked off course by something else. “It suggests that there’s more going on in the outer solar system than we’re fully aware of,” says Matthew Holman at the Harvard-Smithsonian Center for Astrophysics, part of the team that discovered Niku using the Panoramic Survey Telescope and Rapid Response System 1 Survey (Pan-STARRS 1) on Haleakala, Maui…’