‘It’s a sentiment that many Americans are feeling today, but it also came from a brutal Facebook post by Sen. Elizabeth Warren on Tuesday following Trump’s victory in the Indiana primary and Ted Cruz’s decision to drop out.In the post, Warren called out Trump for his “racism, sexism, and xenophobia” and went on to call on Republicans, Democrats, and Independents to unite against Trump’s “toxic stew of hatred and insecurity” …’

Are We Headed for Thousands of Times the Number of Overdose Deaths?

‘Global media outlets have recently been reporting the appearance of a terrifying new drug, known as W-18, on the streets of Canada, with many suggesting that the substance could be as much as 10,000 times stronger than morphine. However, the truth is that such comparisons are somewhat tenuous, since very little is actually known about how this alarming drug works – a fact that could potentially make it more dangerous than even these sensational reports imply.

Originally developed by scientists at the University of Alberta back in the mid-1980s, W-18 was intended to be a synthetic painkiller that could outperform existing opioid medications such as morphine and oxycodone. The substance was only ever tested on mice, and proved to be so strong that it sent some of the rodents into a five-day coma. However, research on W-18 was never taken any further, so instead of being used to develop new pharmaceuticals for human consumption, the compound went the way of so many other rejected research chemicals and simply disappeared into the abyss of forgotten science – until now.

The first sign of W-18 rearing its ugly head in the guise of a street drug came in August 2015, when police in Calgary busted a shipment of 110 pills thought to contain the prohibited substance fentanyl – itself a synthetic opioid purported to be around 10 times stronger than heroin. Chemical analysis revealed that a small number of these pills actually contained traces of W-18, thought to have been produced in Chinese laboratories. Since then, larger stashes of the substance have been found in other locations across Canada and the U.S., although because W-18 is so rare and unheard of, it has never actually been scheduled as an illegal compound…’ 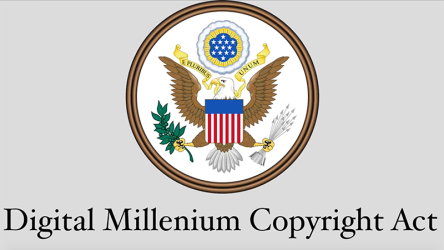 ‘There are ways to get in trouble with the law for just about everything: smoking weed, theft, horse theft, stealing a horse and teaching it to smoke weed, and even shouting “fire” in a crowded not-on-fire stable full of stoned horses. But numbers are pure and theoretical and definitely exempt from legal action, right?

Wrong, buddo. And the reason is that in the digital age, huge prime numbers are really, really important for encryption, as pointed out by YouTuber Wendoverproductions. So important, in fact, that having or sharing some of them could get you prosecuted under the Digital Millennium Copyright Act, which prohibits people from subverting copyright-prevention measures…’

…From a Scientist Whose Job That Is

‘Since its 60s counterculture heyday, LSD has been closely associated with music. But it’s not just artistic proclivities that link them: Researchers have found that listening to music can actually affect the LSD experience on a neurological level—and they have brain scans to back it. Mendel Kaelen, a PhD student in neuroscience at Imperial College, has led several studies investigating the combined influence of music and psychedelic drugs in human trials. One of the challenges? Choosing the music…’

Why do we follow digital maps into dodgy places?

‘ “Death by GPS.” It describes what happens when your GPS fails you, not by being wrong, exactly, but often by being too right. It does such a good job of computing the most direct route from Point A to Point B that it takes you down roads which barely exist, or were used at one time and abandoned, or are not suitable for your car, or which require all kinds of local knowledge that would make you aware that making that turn is bad news…’

My wife and I experienced a lesser version of this just last weekend in the wilds of central Massachusetts. We were navigating scenic back roads by GPS, as is our wont, when we came over a rise to see our road peter out into a grassy meadow. A sign said: “Private Property. Your GPS Is Wrong.”