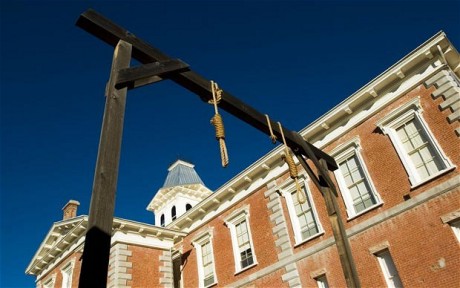 “Connecticut is set to become the fifth American state in as many years to abolish capital punishment, in one of the less commented trends in recent years. It would mean that over a third of the Union’s states are free of capital punishment, but the real coup would be if abolition campaigners won the battle in California, which will decide in November.”  (via Telegraph.UK)

…a phenomenon attracting more attention in the European press than the US.