The odd object was discovered in 2007 by a Dutch schoolteacher participating in Galaxy Zoo—”voorwerp” is Dutch for “object.” The online project had public citizens worldwide helping to classify galaxies in the Sloan Digital Sky Survey catalog.

Although it’s the size of our Milky Way galaxy, Hanny’s Voorwerp is not itself a galaxy, but a cloud of gas near the spiral galaxy IC 2497, which lies about 650 million light-years from Earth.

The new Hubble picture—the sharpest yet taken of the brilliant cloud—shows that gas in a small region of Hanny’s Voorwerp is collapsing and forming stars, the youngest of which are just a couple million years old.” (via National Geographic). 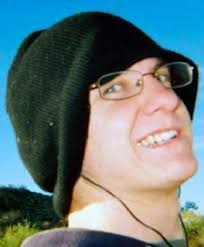 “Today, Congresswoman Gabrielle Giffords (D-AZ) and 19 others were shot in Tucson, Arizona. Six of the shooting victims were killed. Police say Giffords was the target of the attack. Local law enforcement have identified the shooting suspect as Jared Lee Loughner, 22. A police manhunt is under way for a second “person of interest.

As blogged here earlier, Loughner posted material to a number of social media sites— he also had an active YouTube channel under the user name “Classitup10.” The bio for that channel is written in the past tense. It appears he maintained a previous channel under the user name “Starhitshnaz.” The sole video in that channel is embedded above, and shows a burning flag in front of a desert scene, with Drowning Pool’s song “Bodies” (“Let the bodies hit the floor”) as soundtrack.

In this post, we archive all of the currently known YouTube videos believed to have been created and published by Jared Lee Loughner, with text transcripts and screengrabs.

Themes and terms present throughout include: terrorism and a fixation on Loughner himself being characterized as a terrorist; creating “a new currency” to be introduced by “lethal or non-lethal means”; English literacy, “mind control and brainwash,” “political weapons,” “conscience dreaming,” and scattered references to the Constitution and the American government controlling people through brainwashing and mind control.” (Boing Boing).

This is a prepublication .pdf of a paper by Cornell psychologist Daryl Bem detailing experimental evidence for precognition, accepted for publication by a respected peer-reviewed psychological journal. (link).