‘Mark Twain’s Adventures of Huckleberry Finn is a classic by most any measure—T.S. Eliot called it a masterpiece, and Ernest Hemingway pronounced it the source of “all modern American literature.” Yet, for decades, it has been disappearing from grade school curricula across the country, relegated to optional reading lists, or banned outright, appearing again and again on lists of the nation’s most challenged books, and all for its repeated use of a single, singularly offensive word: “nigger.”

Twain himself defined a “classic” as “a book which people praise and don’t read.” Rather than see Twain’s most important work succumb to that fate, Twain scholar Alan Gribben and NewSouth Books plan to release a version of Huckleberry Finn, in a single volume with The Adventures of Tom Sawyer, that does away with the “n” word (as well as the “in” word, “Injun”) by replacing it with the word “slave.” ‘ (Publisher’s Weekly).

“Skywatchers throughout much of Europe, North Africa, and Central Asia, were treated to the first eclipse of the new year on January 4, a partial eclipse of the Sun. But traveling to the area around Muscat, capital city of Oman, photographer Thierry Legault planned to simultaneously record two eclipses on that date, calculating from that position, for a brief moment, both the Moon and the International Space Station could be seen in silhouette, crossing the Sun. His 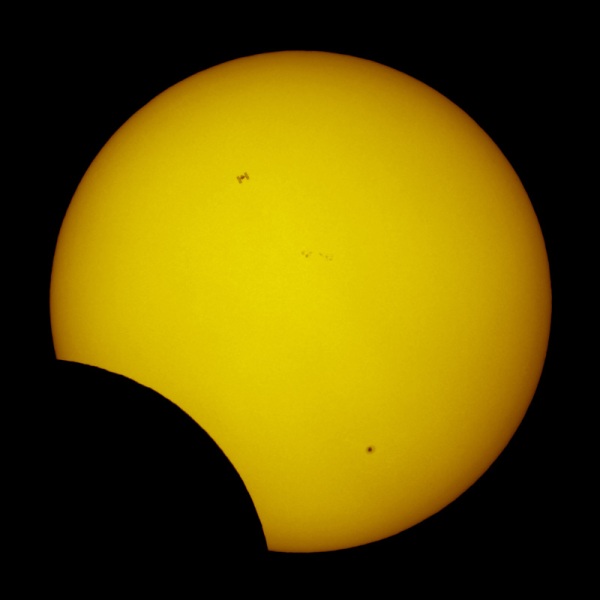 sharp, 1/5000th second exposure is shown here, capturing planet Earth’s two largest satellites against the bright solar disk. As the partial solar eclipse unfolded, the space station (above and left of center) zipped across the scene in less than 1 second, about 500 kilometers from the photographer’s telescope and camera.” (Astronomy Picture of the Day via abby).

The thinking is that they were startled by fireworks and died of blunt trauma after flying into obstacles. (NYTimes.com)