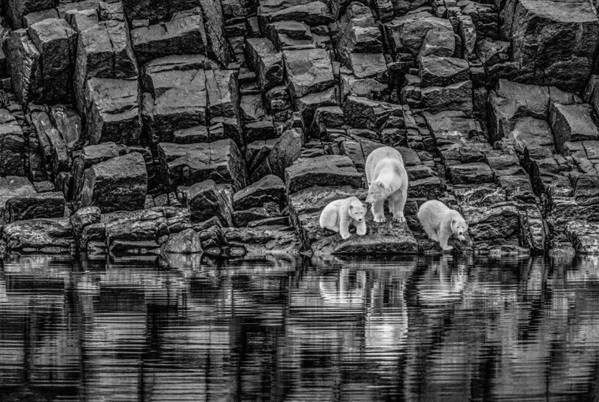 ’Ansel Adams once said “There is nothing worse than a sharp image of a fuzzy concept.” Incredible words by an incredible man. I could not agree more, which is why I use my photos to tell important stories. For me, the stories of climate change behind my photographs are anything but fuzzy. Although my fine art depicts remote beauty from some of the farthest corners of the world, it also tells a story of a planet in need of our love and protection.…’

As the climate crisis grows, I find no more heartbreaking images than Nicklen’s documents of polar bears on claustrophobic minuscule remnants of their habitats. These majestic innocents and so many others do not deserve what we fucking humans are doing to them.

’Isolation plus quarantine certainly helped spare Poland from the worst of the epidemic. One more spurious explanation is that Poland had more cats than other parts of Europe, and thus less disease-carrying rats…

…So, what’s the lesson, if any? Isolation definitely helps against infectious diseases. But that’s about the only advantage of being isolated. Take this map of the spread of COVID–19 as of 11 am on 5 March. If you had to divide the world into ‘fun’ and ‘no fun’ halves, they would correspond quite well with the blue and grey zones on this map, respectively.

For example, one sure-fire way to limit your exposure to the outside world is to have a bloody civil war – see Yemen, Libya and Syria. Another is to be a destination as out of the way and unconnected as Paraguay, the Central African Republic or Mongolia.

If it’s the price of living in an interconnected world, then perhaps there are worse things than having to fight off a slightly deadlier iteration of the flu. Praise globalization and pass the hand sanitizer…’

’Many are suggesting coronavirus is just flu-season business as usual. It’s not. No sensible comparison can be made anyway, for a few reasons. The one that’s less bad — whichever that is — can still kill you.…’