‘Science-fiction writers have fantasised about virtual reality (VR) for decades. Now it is here – and with it, perhaps, the possibility of the complete physical experience of killing someone, without harming a soul. As well as Facebook’s ongoing efforts with Oculus Rift, Google recently bought the eye-tracking start-up Eyefluence, to boost its progress towards creating more immersive virtual worlds. The director Alejandro G Iñárritu and the cinematographer Emmanuel Lubezki, both famous for Birdman (2014) and The Revenant (2015), have announced that their next project will be a short VR film.

But this new form of entertainment is dangerous. The impact of immersive virtual violence must be questioned, studied and controlled. Before it becomes possible to realistically simulate the experience of killing someone, murder in VR should be made illegal.

This is not the argument of a killjoy. As someone who has worked in film and television for almost 20 years, I am acutely aware that the craft of filmmaking is all about maximising the impact on the audience. Directors ask actors to change the intonation of a single word, while editors sweat over a film cut down to fractions of a second, all in pursuit of the right mood and atmosphere….’ 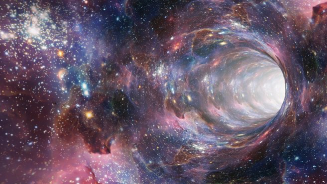 We may live in a multiverse checkered with black holes, each containing its own universe… It all centers around a different theory of what exactly a black hole is. The general understanding is nothing can escape a black hole’s intense gravity, not even light. Called the black hole information paradox, it’s thought that even the information about an object that gets sucked in vanishes into oblivion. But therein lies a problem….’

How Could This Impact the Human Mind?

‘[I]t appears that we may have taken a step closer to making immortality reality. In a recent meeting at the National Institutes of Health, Yale neuroscientist Nenad Sestan revealed that his team has successfully reanimated the brains of dead pigs recovered from a slaughterhouse. By pumping them with artificial blood using a system called BrainEx, they were able to bring them back to “life” for up to 36 hours.

Admittedly, the pigs’ brains did not regain consciousness, but Sestan acknowledged that restoring awareness is a possibility. Crucially, he also disclosed that the technique could work on primate brains (which includes humans), and that the brains could be kept alive indefinitely….’