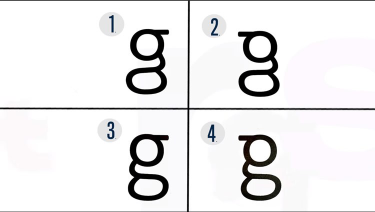 ‘Despite seeing it millions of times in pretty much every picture book, every novel, every newspaper, and every email message, people are essentially unaware of the more common version of the lowercase print letter “g,” Johns Hopkins researchers have found.

Most people don’t even know that two forms of the letter—one usually handwritten, the other typeset—exist. And if they do, they can’t write the typeset one we typically see. They can’t even pick the correct version of it out of a lineup….’