One by one, like guests at a late party
They shake our hands and step into the dark:
Arabian ostrich; Long-eared kit fox; Mysterious starling.

One by one, like sheep counted to close our eyes,
They leap the fence and disappear into the woods:
Atlas bear; Passenger pigeon; North Island laughing owl;
Great auk; Dodo; Eastern wapiti; Badlands bighorn sheep.

One by one, like actors in a play that ran for years
And wowed the world, they link their hands and bow
Before the curtain falls. Via The New York Times: : What You Need to Know About Zika Virus: This tropical virus is newly spreading in the Western Hemisphere and has just had its first demonstrated North American case. Pregnant women should be warned that there seems to be a link between exposure of babies in utero and microcephaly at birth.

‘A black hole sun could be friendlier than you might expect. Planets orbiting a black hole – as they do in the film Interstellar – could sustain life, thanks to a bizarre reversal of the thermodynamics experienced by our sun and Earth.

According to the second law of thermodynamics, life requires a temperature difference to provide a source of useable energy. Life on Earth exploits the difference between the sun and the cold vacuum of space, but what if you flip the temperatures around, with a cold sun and a hot sky?’

‘Domesticated felines are one of the biggest threats to birds worldwide. Two pet owners think they’ve found a solution.’

‘Rep. Allen West, a Florida Republican, was recently captured on video asserting that there are “78 to 81” Democrats in Congress who are members of the Communist Party. Of course, it’s not unusual for some renegade lawmaker from either side of the aisle to say something outrageous. What made West’s comment — right out of the McCarthyite playbook of the 1950s — so striking was the almost complete lack of condemnation from Republican congressional leaders or other major party figures, including the remaining presidential candidates…’

Via The NY Times we learn that a boy accused of blasphemy by the imam of his mosque, on the basis of a misunderstanding, returned to the mosque bearing his self-severed right hand on a tray. Said imam has fled, fearing repercussions for inciting passions to such an extent. Both the boy and his family feel his action was a loving statement of his devotion to the prophet. This is so wrong on so many levels, as abby commented in pointing me to this coverage. We live in such a sick, sick world.

Via NY Times, although they have no power to do so (it is actually up to the Home Secretary), the British Parliament has been debating two petitions to bar Donald Trump from Great Britain on the basis that his anti-Muslim rhetoric violates British bans on hate speech.

‘Sense About Science works with scientists and members of the public to change public debates and to equip people to make sense of science and evidence.

Sense About Science responds to hundreds of requests for independent advice and questions on scientific evidence each year. We chase down dodgy science and mobilise networks of scientists and community groups to counter it. We also invite scientists to publish corrections of misreported research in our ‘For the record’ section.

Where we are constantly fire-fighting on a particular issue, we work with scientists and members of the public to draw out the underlying assumptions and to address misconceptions. Examples of this can be seen in the Making Sense of… series and other projects.

Underpinning this, Sense About Science runs programmes to promote general understanding of scientific evidence, such as use of statistics, the process of peer review and how to design a fair test to see whether medicines work.Sense About Science’s campaigns involve wide collaboration across society to make a permanent difference across all areas of our work and to create an environment that supports open public discussion about scientific research, free from intimidation, hysteria and political pressure…’

Sounds worthwhile. However, while I think that evidence-based conclusions are better than conjecture and assumptions, research findings are only as good as the studies that generated them. In behavioral health, “evidence-based practice” often leads us down the garden path. 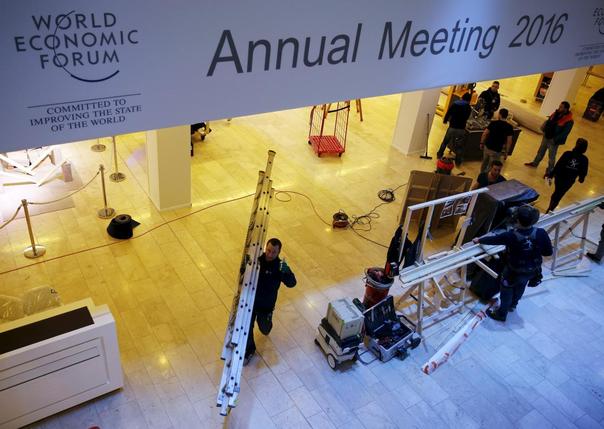 ‘Just 62 people, 53 of them men, own as much wealth as the poorest half of the entire world population and the richest 1 percent own more than the other 99 percent put together, anti-poverty charity Oxfam said on Monday.Significantly, the wealth gap is widening faster than anyone anticipated, with the 1 percent overtaking the rest one year earlier than Oxfam had predicted only a year ago.Rising inequality and a widening trust gap between people and their political leaders are big challenges for the global elite as they converge on Davos for the annual World Economic Forum, which runs from Jan. 20 to 23…’

‘Martin Luther King Jr. often used characters in his sermons. Given that he was a Baptist preacher, they were usually biblical figures, like the 12 apostles, Moses, and Lazarus. But he also drew from a wide array of innovative thinkers, both ancient and contemporary…

I looked through 13 well-known King sermons, which admittedly is not comprehensive. But the sermons span from 1953 when he was a guest preacher at his uncle’s Second Baptist Church in Detroit to a handful in 1968, right before his assassination. I think these 82 people give a decent of idea of the people he included as characters in his sermons…’

Source: Business Insider: “If you tell someone they’re not being logical or say something like ‘you’re getting off track,’ it doesn’t work,” says John Gottman.

Not only can the right approach help you bounce back sooner and more thoroughly from a squabble but perhaps even turn it into an opportunity for growth.