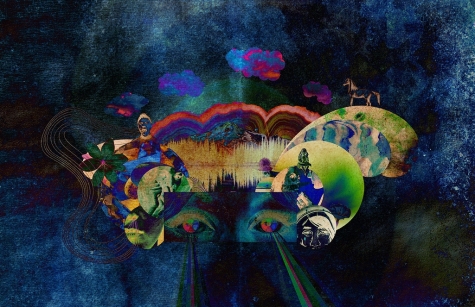 ‘The Yale School of Medicine announced Monday that it has formed a study group to explore the re-emerging field of psychedelic science, focusing on the clinical applications of psychedelic drugs in treating mental illnesses.

The field of study is currently experiencing a resurgence after decades of stigmatization beginning in the 1970s, when psychedelics were classified as “drugs of abuse.” Recent studies have rehabilitated psychedelics as potentially therapeutic drugs, including clinical trials that utilize psilocybin, the active compound in hallucinogenic mushrooms, as a therapeutic aid in the treatment of anxiety, addiction, and to make you feel really fucking good; MDMA as a useful tool in the treatment of PTSD and social anxiety caused by autism; and LSD for people suffering from anxiety caused by serious illness.

The Yale discussion group, dubbed the Yale Psychiatry and Psychedelics Group or YPPG, hopes to delve into some of the underlying neurological questions that have yet to be fully explored.

“I’m very interested in how you can study these things,” said Peter H. Addy, PhD, one of the group’s organizers. “This early work that’s been done suggests potential for a number of clinical applications, but we need to learn more about how the brain works, and perhaps how consciousness works. There’s some promise, but it’s not really a subject that a lot of people are experts in.” …’