The Tampa Bay Times has done some excellent investigative reporting on the 50 worst charities in America — organizations that took in more than $1 billion over the past 10 years, and gave almost all of that money to their own staffs and professional solicitors. The series explains how charities like this operate and skirt the regulatory system. But if you’re feeling TLDR, there’s also a PDF that can help you quickly figure out if you’re donating to one of these scams. A large portion of the 50 worst is made up of charities devoted to cancer and veterans’ issues. (Boing Boing).

…Relieved to find out that none of those listed are on my charitable giving list.

The number of happy faces on Lego toy mini-figures has been decreasing since the 1990s, and the number of angry faces has increased, giving rise to concerns that children could be affected by the negativity of the toys.

In a study of 3,655 figures produced between 1975 and 2010, Dr Christoph Bartneck, a robot expert at the University of Canterbury in New Zealand, said the manufacturer appeared to be moving towards more conflict-based themes in its toys. Bartneck’s study considered the range of facial expressions across various Lego sets – now often in themes such as Star Wars, pirates or Harry Potter. (The Guardian). 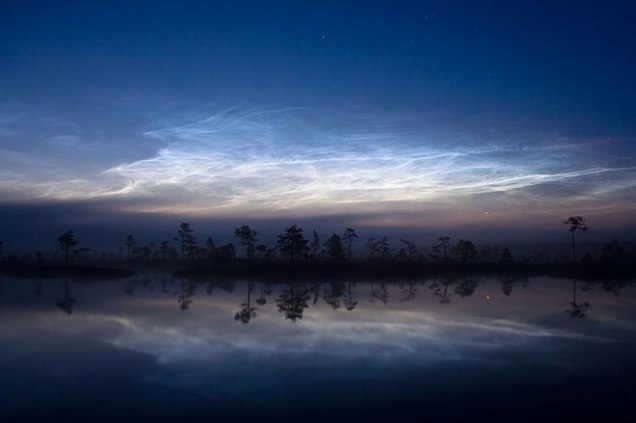 Just after summer sunsets in northern latitudes, shimmering, wispy clouds appear in the twilight sky. This year, these noctilucent clouds have appeared earlier and farther south than ever before.

Noctilucent clouds exist higher in Earth’s atmosphere than any other cloud type. First observed in 1885 following the eruption of Krakatoa, they were a sight reserved for Earth’s northernmost residents. In recent years, however, their intensity and frequency have increased, often at latitudes previously thought to be too far south for noctilucent clouds to form.

In 2009, scientists from the National Center for Atmospheric Research pointed to the southern creep of noctilucent clouds as an early warning signal for climate change high in the atmosphere. Now, new data from NASA’s cloud-observing AIM satellite supports this possibility. (Wired.com).

An anonymous weblogger who is a mental health practitioner writes about the potential effect of NSA spying on psychiatric patient confidentiality:

“I started thinking about what those records and metadata could reveal. Because my phone is used mainly for calls to and from patients and clients, can the NSA figure out who my patients are? And could they, with just a query or bit of analysis, figure out when my patients were going into crisis or periods of symptom worsening? I suspect that they can. And because I am nationally and internationally known as an expert on a particular disorder, could the government also deduce the diagnosis or diagnoses of my patients or their family members? Probably.” (PHIprivacy.net). 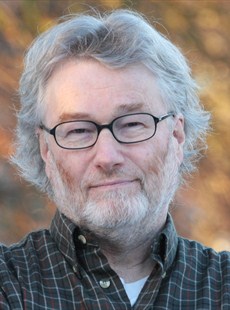 Novelist of Crime and Science Fiction Dies at 59:“Iain Banks, a best-selling Scottish novelist whose books ranged from violent crime dramas to interstellar conflicts, died on Sunday in Kirkcaldy, Scotland. He was 59… Mr. Banks had announced in April that he had advanced gall bladder cancer.

I am extrememly saddened by this news. I’ve followed Banks for a long time, reading most of his science fiction and non-sci-fi opus and am finishing his last book as we speak.If there is any consolation to his premature death, it was that, given his joie de vivre, he lived 59 years more densely passionately than most of us live 80 or 90. He will be missed.

And here is a brief radio remembrance by his friend and fellow Scottish science fiction writer, Ken Macleod (As It Happens, CBC).