‘On April 25, somewhere in the ocean off Great Britain, a remotely operated video camera near a deep sea oil rig caught a glimpse — at first it was just a glimpse — of an astonishing looking sea creature. It was a green-gray blob of gelatinous muscle, covered with a finely mesh-like textured skin, no eyes, no tentacles, no front, no back. It moved constantly, floating up to the camera, then it backed off and disappeared. The camera operator tried to find it, and then, suddenly, out of the darkness, back it came.’ (Krulwich Wonders… )

‘”Plants smell,” says botanist Daniel Chamovitz. Yes, they give off odors, but that’s not what Chamovitz means. He means plants can smell other plants. “Plants know when their fruit is ripe, when their [plant] neighbor has been cut by a gardener’s shears, or when their neighbor is being eaten by a ravenous bug; they smell it,” he writes in his new book, What a Plant Knows. They don’t have noses or a nervous system, but they still have an olfactory sense, and they can differentiate. He says there’s a vine that can smell the difference between a tomato and a stalk of wheat. It will choose one over the other, based on…smell!’  (Krulwich Wonders… ) 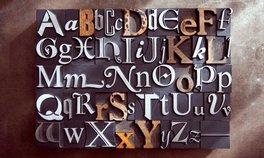 “English spelling is notoriously inconsistent, and some have gone further, calling it “the world’s most awesome mess” or “an insult to human intelligence” (both these from linguists, one American, one Austrian). Maybe this is just because our alphabet only has twenty-six letters to represent more than forty phonemes, or distinctive speech-sounds, and some of those – notably q and x – are not pulling their weight, while j is not allowed to (see “John” but also “George”). If we gave s and z a consistent value (“seazon”) and extended this to k and c (“klok” and “sertain”), we could free c up for other duties, such as maybe representing ch, as once it did. But then there are all the vowels . . . .

How did this unsystematic system come about? And is it really that bad? Some say that there are only a few hundred deeply irregular words, but the trouble is that most of them are common…” (TLS).

“We should all do our best to preserve President Ford’s conception of America as a place where we can disagree without being disagreeable. An understanding of the arguments in Waldron’s book may help us to do so.” (The New York Review of Books).

(I choose the Kardashian as a unit both because I like the mitteleuropean feel of the term – like the Ohm or the Roentgen – and because Kardashian is an exemplar of attention disconnected from merit, talent or reason. The Kardashian mentions how much attention is paid, not how much attention is deserved, so naming the unit after someone who is famous for being famous seems appropriate. Should the unit be adopted, I would hope that future scholars will calculate Kardashians using whatever public figure is appropriate at the time for being inappropriately famous.)” ( …My heart’s in Accra via kottke)

“This is the saddest thing you’ll read all day. YOU LET THIS HAPPEN! YOU!”  (Buzzfeed via rich).

I dare you to make it to the bottom of the list in one piece.