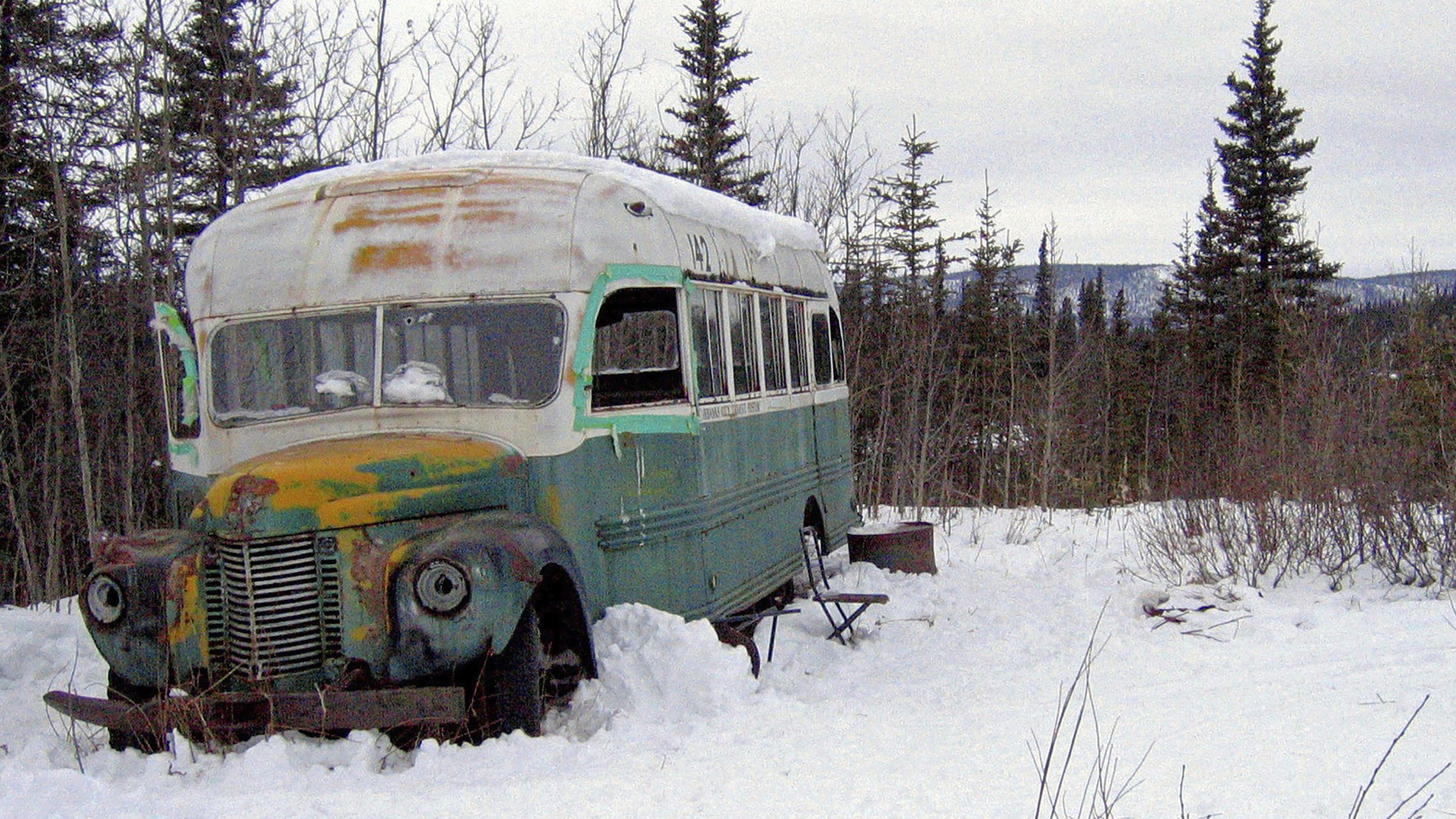 ‘An abandoned bus in the Alaska wilderness where a young man documented his demise over 114 days in 1992 has been removed by officials, frustrated that the bus has become a lure for dangerous, sometimes deadly pilgrimages into treacherous backcountry.

An Alaska National Guard Chinook helicopter flew the bus out of the woods just north of Denali National Park and Preserve on Thursday.


Christopher McCandless hiked to the bus located about 250 miles (402 kilometers) north of Anchorage nearly three decades ago, and the 24-year-old Virginian died from starvation when he couldn’t hike back out because of the swollen Teklanika River. He kept a journal of his plight, discovered when his body was found. McCandless’ story was first documented in Jon Krakauer’s 1996 book “Into the Wild,” followed by Sean Penn’s movie of the same name in 2007.

Over the years, the bus became a magnet for those wishing to retrace McCandless’ steps to the bus to pay homage. But the Teklanika River that prevented McCandless from hiking out also has caused problems for people who came later on pilgrimages. Two women, one from Switzerland in 2010 and one from Belarus in 2019, drowned on such pilgrimages.

State officials said there have been 15 other search-and-rescue operations since 2009, including one involving five Italian tourists last winter, one with severe frostbite….’