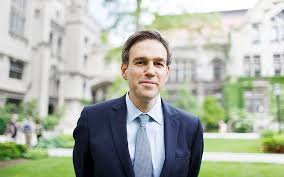 Times subscriptions with a December 27 op-ed piece titled The Secrets of Jewish Genius.

Stephens has been controversial in the past, attacking climate change science, referring to “thuggish elements” in Black Lives Matter, and writing a piece about “the disease of the Arab mind.”

In this latest piece, he poses his central premise here:

’…[H]ow is it that a people who never amounted even to one-third of 1 percent of the world’s population contributed so seminally to so many of its most pathbreaking ideas and innovations?…’

As the column ventures, he is not advancing but debunking the assertion that “Jews are smarter”. He ties Jewish intellectual contribution — and, BTW, the column is not so much original thinking as a hat tip to a book, Genius and Anxiety by Norman Lebrecht — not to the assertion that Jews think “better” but that they think “differently”. This is predicated on cultural influences:

There is a religious tradition that, unlike some others, asks the believer not only to observe and obey but also to discuss and disagree. There is the never-quite-comfortable status of Jews in places where they are the minority — intimately familiar with the customs of the country while maintaining a critical distance from them. There is a moral belief, “incarnate in the Jewish people” according to Einstein, that “the life of the individual only has value [insofar] as it aids in making the life of every living thing nobler and more beautiful.”

Most important, he observes, is that a history of perennial persecution culminating in the Holocaust, and repeated exile, has shaped an ethos that “everything that seems solid and valuable is ultimately perishable, while everything that is intangible — knowledge most of all — is potentially everlasting.”

I am convinced that a close reading of the column would not support the reaction it has provoked. But Stephens is trolling us. It should be clear right from the audacity of his use of “Jewish genius” in the title that he is poking the bear of resurgent anti-Semitism. It remains to be seen whether he is doing it from a protected enough position behind the thick walls of the Times. I suppose it depends on how many people cancel those subscriptions.