’Regulators in Europe have granted the world’s first approval of a vaccine against Ebola—and health officials are wasting no time in rolling it out.

The European Commission announced at the start of the week that it had granted a landmark marketing authorization of Merck’s Ebola vaccine Ervebo. The vaccine has been in the works since the 2014 West African Ebola outbreak. It is now being used in the ongoing outbreak in the Democratic Republic of Congo based on a “compassionate use” protocol.

The current outbreak in the DRC has killed nearly 2,200 since August 2018, causing nearly 3,300 cases. The outbreak is the second-largest recorded, surpassed only by the 2014 West African outbreak that caused more than 11,000 deaths and 28,000 cases.

Preliminary vaccine data from the current DRC outbreak suggested that Ervebo is 97.5% effective at preventing the devastating viral disease. It protected well over 90,000 people in the outbreak.…’ 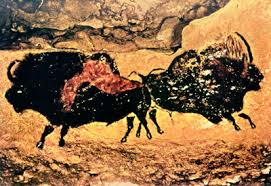 ’I found myself exhilarated by our comparatively ego-free ancestors who went to great lengths, and depths, to create some of the world’s most breathtaking art—and didn’t even bother to sign their names.…’

’If you survey American parents about what they want for their kids, more than 90 percent say one of their top priorities is that their children be caring. This makes sense: Kindness and concern for others are held as moral virtues in nearly every society and every major religion. But when you ask children what their parents want for them, 81 percent say their parents value achievement and happiness over caring. Kids learn what’s important to adults not by listening to what we say, but by noticing what gets our attention. And in many developed societies, parents now pay more attention to individual achievement and happiness than anything else. However much we praise kindness and caring, we’re not actually showing our kids that we value these traits. Perhaps we shouldn’t be surprised, then, that kindness appears to be in decline.…’