Russian authorities have declared a state of emergency in the remote, sparsely populated Novaya Zemlya islands in the Arctic Ocean, the BBC reported this weekend, after “dozens” of polar bears whose food sources are limited due to climate change started rooting through homes and other buildings near the settlement of Belushya Guba looking for something to eat.

According to the BBC, officials said that the bears no longer fear either police patrols or the signals used to keep them away from humans, and that they have even crossed onto the grounds of the local air defense garrison. Though the animals are considered endangered by Russia (the IUCN Red List classifies them as “vulnerable,” with a decreasing population), officials said that if non-lethal means fail to drive the bears away, they may be forced to cull the animals, the BBC added.…’

’With his finely tuned editing ear, Benjamin Dreyer often encounters things so personally horrifying that they register as a kind of torture, the way you might feel if you were an epicure and saw someone standing over the sink, slurping mayonnaise directly from the jar.…’ 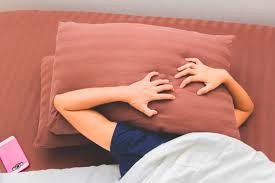 Could Have Its Own Gene:

’In 1909, the Japanese scientist Kuniomi Ishimori collected spinal fluid from sleep-deprived dogs and injected it into active, rested pooches. Within hours, the latter fell into a deep sleep. By coincidence, a pair of French researchers did the same experiments a few years later and got the same results. These studies, and others like them, suggested that the blood of sleepy animals contains some kind of soporific secret sauce of chemicals. Ishimori called these “hypogenic substances.” Others labeled them “somnogens.”

The sources of these sleep-inducing chemicals have proved surprisingly elusive, and scientists have found only a few that fit the bill. Now Hirofumi Toda from the University of Pennsylvania has discovered another—a gene called nemuri that triggers sleep, at least in fruit flies. Unexpectedly, it also becomes active during infections and acts to kill incoming microbes. It seems to be part of a self-regulating system, analogous enough to an internal thermostat that we might call it a sleep-o-stat. It can send animals to sleep when they most need shut-eye, whether because they’re sick or because they just haven’t slept enough.

This sleep-o-stat works separately from the daily body clocks that make us feel more tired at night.…’

’The reason it’s hard to love our “neighbor” is because, from an evolutionary standpoint, people outside of our groups have always been suspected as possible threats. The way to love “others” is by engaging with them long enough that we begin to see, in them, ourselves. That is, we see our own struggles and challenges reflected back.  …[T]he “last thing” Jesus wanted to do was found a religion that would divide humanity even more. Jesus would be “mortified” …that his followers started a religion in his name.…’

Via Would Jesus have wanted Christianity? – Big Think