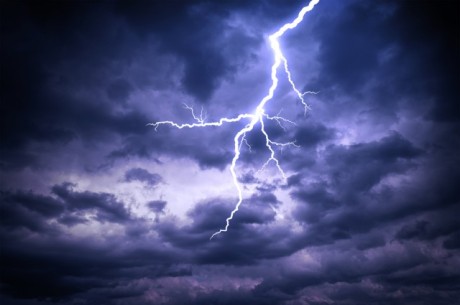 ‘They say lightning never strikes twice, although whoever “they” are might want to have a rethink. New research presented at the American Geophysical Union Fall Meeting suggests that one spot in a Venezuelan lake receives a bolt of lightning on 297 days out of 365 each year.Lake Maracaibo has long been known for its high levels of electrical activity, and earlier this year entered the Guinness Book of World Records as Earth’s lightning hotspot. However, the new data, presented by Rachel Albrecht of the University of Sao Paulo, pinpoints the exact spot on the lake that attracts the highest number of bolts, Live Science reports…’

How is ISIS able to use telecommunications and the Internet so effectively to market itself and recruit supporters, in a part of the world where infrastructure has been largely destroyed? Der Spiegel reports that European companies may be knowingly providing the organization’s Internet access by satellite dish and could cut it off easily.

Why do the satellite companies not take action to stop ISIS’ access? Building a satellite, launching it into orbit and operating the satellite are extremely costly, and the investment must be recouped quickly since the average operating life of a satellite is only 15 years. That might explain why European firms plead ignorance about the use of their products by terrorist groups. Further down the supply chain, the business is quite lucrative for Turkish resellers of European satellite technology who have a captive market in Syria and can set their prices quite high. They cautiously insist that they provide their equipment only to commercial partners and have no idea who the end users in Syria are. Some admit that, because modern satellite terminals are small, compact and mobile, illicit use cannot be ruled out. However, it is fairly clear that, in ISIS-controlled regions of Syria, it is the local ISIS leaders, or emirs, who decide who will be allowed Internet access.

It would be easy for satellite service operators — with one click, essentially — to eliminate access where they harbor suspicions. And, if they are suspicious, they have the capability to monitor the nature of the traffic going through their networks. It is possible, of course, that they do monitor this data and that they are sharing that information with intelligence services, a speculation upon which no one interviewed by Der Spiegel was willing to comment. But, if Western security services have been listening in for years, why has ISIS been able to grow and to plan its acts of terror, some of them in the West, with so little apparent hindrance for so long? (thanks, abby)

‘Christmas this year will see a full Moon for the first time in 38 years – and in an odd cosmic coincidence, the last time we had one on Christmas was the year Star Wars: A New Hope was released (1977). This year, of course, sees the return of the franchise with The Force Awakens…’ 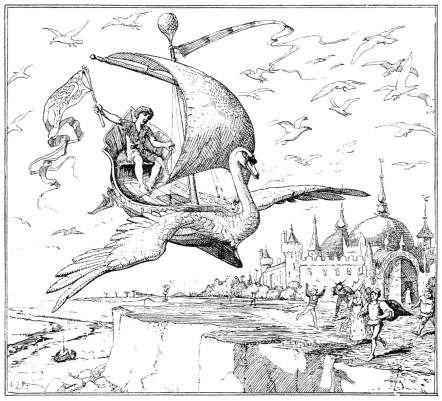 ‘Old Book Illustrations is a search engine and browseable library of—you’ve guessed it!—the engraved illustrations and litho prints found in old books. Choose the type of illustrations you want to see: animals or people, landscapes, buildings, etc. Choose your favorite illustrators from a list: Gustave Doré, John Leech, Charles H. Bennett…[and] Find illustrations by the title of the book or periodical in which they were published: Æsop’s fables, Punch, L’Illustration…The scans are high-resolution (though it appears the scanned items are sometimes worse-for-wear) and most come with lots of details about their original creation and printing…’ 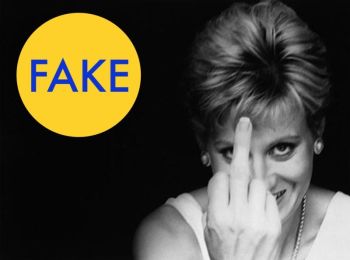 ‘We debunked dozens of fake photos this year, covering everything from Charles Manson’s baby photos to John Lennon’s skateboarding skills, and everything in between. It was another busy year for anyone spreading fake images on the internet…’

Unlike the ignorant rumor-mongering of the anti-vaccination crowd, this important finding appears to be evidence-based and is plausible, since SSRI exposure in utero might disrupt the formation of CNS circuitry.

‘Stephen Bassett is the only lobbyist of his kind in Washington DC. He’s working to get the government to admit that it has proof of extraterrestrials visiting our planet. “I want to see disclosure by the New Hampshire primary,” says Bassett who has been working the issue for nearly two decades…’

‘In the wake of the Paris Climate Agreement, it is pretty shocking to see these photographs taken in the Shanxi province in Northern China. Shanxi is the leading producer of coal in the most populated country in the world, with about 260 billion metric tons of coal deposits, a third of China’s total. The region produces more than 300 million metric tones of coal annually, and heavily depends on coal mining and burning coal for energy. That makes Shanxi is one of the most polluted areas in China…’