Once every year, the Deer catch human beings. They do various things which irresistibly draw men near them; each one selects a certain man. The Deer shoots the man, who is then compelled to skin it and carry its meat home and eat it. Then the deer is inside the man. He waits and hides in there, but the man doesn't know it. When enough Deer have occupied enough men, they will strike all at once. The men who don't have Deer in them will also be taken by surprise, and everything will change some. This is called “takeover from inside”. 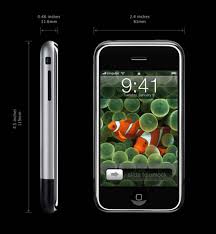 Evan Osnos: “Interesting details are emerging in the Chinese press about the case of Sun Danyong, the twenty-five-year-old employee of Foxconn who committed suicide in Shenzhen last week after being interrogated about a missing prototype for a new iPhone.

The case has thrown an uncomfortable spotlight on past accusations of workplace abuse at Foxconn, which manufactures products for Apple, and the culture of secrecy imposed on Apple’s manufacturers abroad.” (New Yorker) Monoamine Oxidase A and Catechol-O-Methyltransferase Functional Polymorphisms and the Placebo Response in Major Depressive Disorder: “The placebo response shows pronounced interindividual variability. Placebos are postulated to act through central reward pathways that are modulated by monoamines. Because monoaminergic signaling is under strong genetic control, we hypothesized that common functional polymorphisms modulating monoaminergic tone would be related to degree of improvement during placebo treatment of subjects with major depressive disorder. We examined polymorphisms in genes encoding the catabolic enzymes catechol-O-methyltransferase and monoamine oxidase A. Subjects with monoamine oxidase A G/T polymorphisms (rs6323) coding for the highest activity form of the enzyme (G or G/G) had a significantly lower magnitude of placebo response than those with other genotypes. Subjects with Val158Met catechol-O-methyltransferase polymorphisms coding for a lower-activity form of the enzyme (2 Met alleles) showed a statistical trend toward a lower magnitude of placebo response. These findings support the hypothesis that genetic polymorphisms modulating monoaminergic tone are related to degree of placebo responsiveness in major depressive disorder.” (Journal of Clinical Psychopharmacology)

Some behavioral scientists consider the placebo response to be a nuisance that confounds psychopharmacological research; patients get better even when they do not get the active drug. Some of us, however, feel that the placebo response is a good friend of clinical psychiatry. Some meta-analyses of antidepressant efficacy studies suggest that the medications may not be that effective and that much of the therapeutic response to antidepressants may in fact be ascribable to the placebo response. (The psychiatrist’s role, as a corollary, may be not the art of picking a drug to prescribe but enlisting the individual into a mindset that mobilizes their self-healing capacities.) We already know that depression is related to the reward circuitry in the brain and that genetic susceptibility to depressive disorders relates to polymorphism in the catecholamine system. If the placebo response as well varies with differences in that circuitry, could it be that those patients with lower capacity for the placebo response could also be those patients prone to become depressed int he first place? If we cannot as effectively mobilize their placebo response when they are in the placebo wing of a drug study, perhaps they cannot as effectively bring self-suggestion, affirmation and other coping strategies to bear on the distressing situations in their lives?