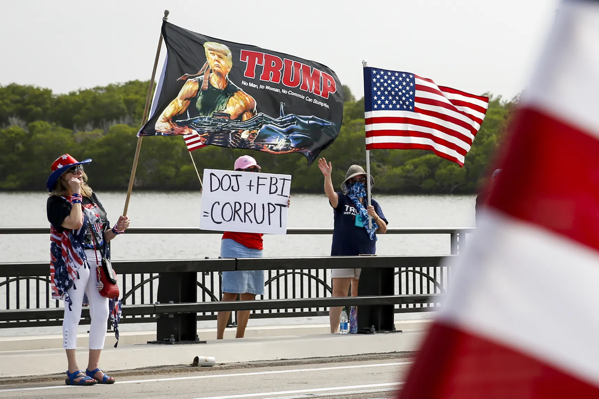 ‘What we are seeing is shocking, but it’s part of an established pattern. Trump engages in some kind of egregious misbehavior, prompting official scrutiny and condemnation of his actions. He treats these actions as unjustified persecution, proof that the “deep state” is out to get him, a claim that the Republican Party and conservative press dutifully echo. His most radical supporters become even more radical, even contemplating violence.

January 6 is, of course, the most terrible illustration of this sequence to date. As Trump’s legal problems mount, there is every reason to expect it to repeat and even escalate, given the furious rhetoric from Trump and the GOP in recent days attacking the foundational legitimacy of the American state. The consequences could be calamitous….’