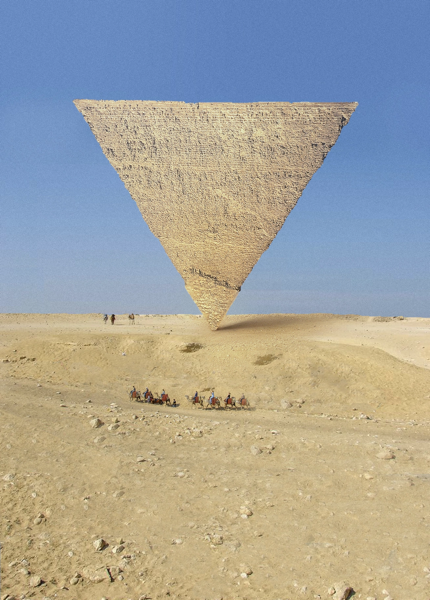 Review: The Dawn of Everything by David Graeber and David Wengrow

This new ambitious and earthshaking history of humanity by two anthropologists finds that established narratives of modernity have been based on constricting and false premises which make it impossible to believe in our inherent cooperativeness. The errors arise from the gospel that

‘…for most of human history our ancestors lived an egalitarian and leisure-filled life in small bands of hunter-gatherers. Then, as [Jared] Diamond put it, we made the “worst mistake in human history”, which was to increase population numbers through agricultural production. This, so the story goes, led to hierarchies, subordination, wars, disease, famines and just about every other social ill – thus did we plunge from Rousseau’s heaven into Hobbes’s hell.

— Andrew Anthony via The Guardian

Synthesizing a wealth of recent archeological data, they replace the idea that humanity was forced along through preordained evolutionary stages, in which humans are passive objects of material forrces, with a picture of prehistoric communities shaping their own political organization and social realities. The upshot is that it is not inevitable that we are stuck in the modern system of hierarchies and conspicuous inequalities of wealth and consumption. In fact, I might add, the accepted narrative comes to appear as dictated by the prevailing ideology in a self-serving justification of the status quo.

A more detailed account of the thesis can be found in this piece in The Atlantic by William Deresiewicz, “Human History Gets A Rewrite.” Graeber and Wengrow show that hunter-gatherer societies were more complex and varied than we knew and that these people made deliberate and collective decisions about how to organize themselves, in other words “practicing politics.”

When you think about it for a moment, since these were essentially human beings like ourselves, how could we not have realized that it would not be otherwise? From my own anthropological studies before I became a psychiatrist, I do know however that they are not the first to dispute the commonplace notion of the simple savages unselfish-consciously dwelling in “a kind of eternal present or cyclical dreamtime, waiting for the Western hand to wake them up and fling them into history.” A counterpoint to that can be found as far back as the work of Claude Lévi-Strauss,’ whose eye-opening The Savage Mind (1962) established how prehistoric knowledge organization was based on a sophisticated “scientific” approach.

Carrying their narrative forward to the development of city-states, Graeber and Wengrow show that they were not an inevitable consequence of agriculture, as we thought, but in many instances preceded it. A related assumption they turn on their head is that large populations inherently need layers of bureaucracy to govern them and that scale leads inevitably to hierarchy and political inequality. They describe data showing that many early cities with populations of thousands show no signs of centralized administration. If anything, they claim, aristocracy emerged in the smaller settlements of warrior societies which were in tension with the agricultural states. So ‘the state’ is not the inevitable apex form of human social organization but one of

‘…a shifting combination of, as they enumerate them, the three elementary forms of domination: control of violence (sovereignty), control of information (bureaucracy), and personal charisma (manifested, for example, in electoral politics). Some states have displayed just two, some only one—which means the union of all three, as in the modern state, is not inevitable (and may indeed, with the rise of planetary bureaucracies like the World Trade Organization, be already decomposing). More to the point, the state itself may not be inevitable. For most of the past 5,000 years, the authors write, kingdoms and empires were “exceptional islands of political hierarchy, surrounded by much larger territories whose inhabitants … systematically avoided fixed, overarching systems of authority.” …’

They are suggesting that civilization could be organized around mutual aid and cooperation without the loss of basic freedoms as seen in modern bureaucratic capitalism enforced by state violence. No surprise that Graeber is a committed anarchist.But —

‘…The Dawn of Everything is not a brief for anarchism, though anarchist values—antiauthoritarianism, participatory democracy, small-c communism—are everywhere implicit in it. Above all, it is a brief for possibility, which was, for Graeber, perhaps the highest value of all…

“How did we get stuck?” the authors ask—stuck, that is, in a world of “war, greed, exploitation [and] systematic indifference to others’ suffering”? It’s a pretty good question. “If something did go terribly wrong in human history,” they write, “then perhaps it began to go wrong precisely when people started losing that freedom to imagine and enact other forms of social existence.” It isn’t clear to me how many possibilities are left us now, in a world of polities whose populations number in the tens or hundreds of millions. But stuck we certainly are…’