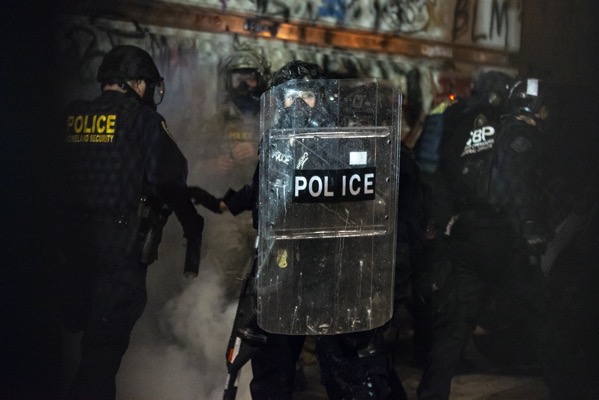 This is farcical. Urban policy analyst Emily Badger (whose bio says she is “particularly interested in …inequality”), writing in The New York Times, agonizes over legal scholars’ alarm about whether the Enfant Terrible’s use of federal forces as personal shock troopers is constitutional or not, and how the “optics” of the federal response suggest political motivations. Law professor Stephen Vladeck from UTAustin, for example, is quoted repeatedly with one variant after another of how ‘troubled’ he is by some of the unanswered questions. But, really, none of this is debatable. Clearly, it is motivated by the basest political motives. Clearly, it is designed to suppress Black Lives Matter. Clearly, it is the illegal and execrable act of a tyrant. How about agonizing over what is to be done in response to this monstrous despotism before there is no longer a constitutional framework within which to operate? It appears the Times‘ pitiful ineffectual intellectual masturbation will continue until the day it is censored out of existence.