‘The US Supreme Court has ruled about half of Oklahoma belongs to Native Americans, in a landmark case that also quashed a child rape conviction.
The justices decided 5-4 that an eastern chunk of the state, including its second-biggest city, Tulsa, should be recognised as part of a reservation.
Jimcy McGirt, who was convicted in 1997 of raping a girl, brought the case.
He cited the historical claim of the Muscogee (Creek) Nation to the land where the assault occurred. What does the ruling mean? Thursday’s decision in McGirt v Oklahoma is seen as one of the most far-reaching cases for Native Americans before the highest US court in decades. The ruling means some tribe members found guilty in state courts for offences committed on the land at issue can now challenge their convictions….’

‘At the same time Facebook’s billionaire chief operating officer Sheryl Sandberg was writing a post on her personal page that Facebook “stands firmly against hate,” her company was taking money from a white nationalist group running an ad on the social media platform, reports Buzzfeed News….’

After 30 years of solitude, Peter forms an unlikely friendship with a fellow loner

‘After taking a walk through a remote Welsh valley, Peter committed himself to a life there, and disconnected from the outside world. In doing so, he found a solitary inner peace – a peace he maintained for nearly three decades, until, one day, he stumbled upon a lamb that had been left for dead. Finding kinship with the fellow ‘dropout’, Peter took the abandoned creature home and named him Ben. The short Peter and Ben (2007) by the UK filmmaker Pinny Grylls captures the duo’s relationship three years after their chance meeting, as Peter attempts to return Ben to the wild. With a melancholic piano score and sweeping views of the Welsh countryside, her touching film lends a lyrical beauty to this tale of unlikely connection and camaraderie between outsiders….’ 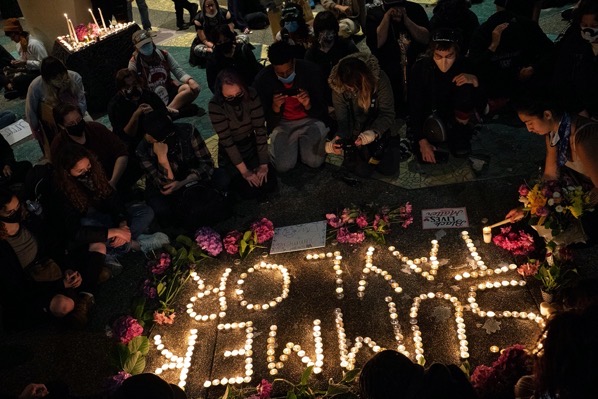 ‘Vehicular attacks have proliferated in recent weeks. Experts believe it is because of the combination of widespread protests across the country and the circulation of dangerous memes among extremist groups about running over pedestrians.

“There has been an increasing amount of propaganda online calling for vehicular attacks on protesters, targeting the Black Lives Matter movement in particular,” said Josh Lipowsky, a senior researcher at the Counter Extremism Project. “It is being used as a form of intimidation against them to get them to halt their protests.”

Attacks with vehicles are easy to conduct, he said, because they do not require a lot of planning or financial resources….’

‘…[T]he psychological effects of the novel coronavirus will long outlast the pandemic itself….’