What happens when a meme becomes a terrorist movement? 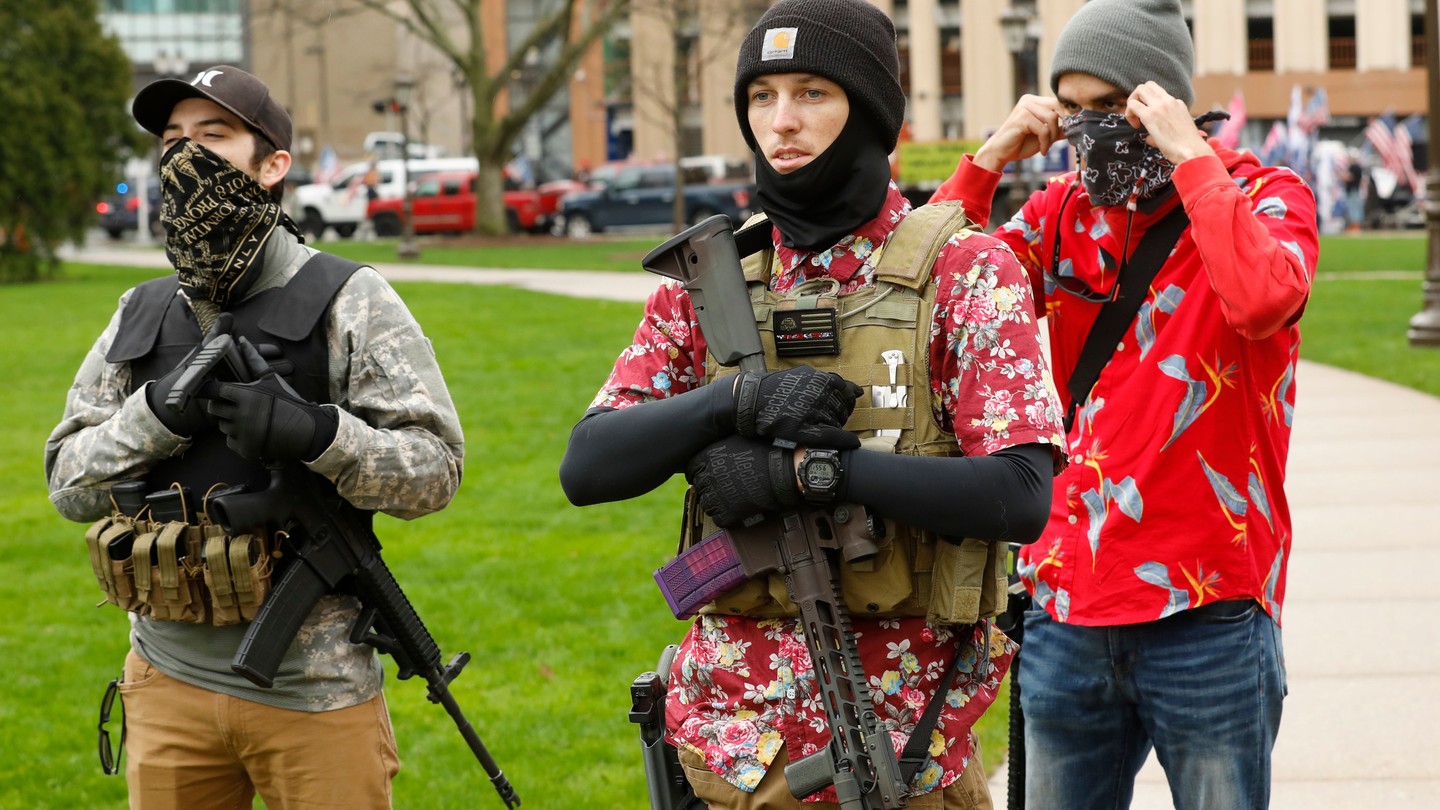 ‘The boogaloo movement originally grew from the weapons discussion section (“/k/”) of the anarchic anonymous message board 4chan over the past several years. By 2019, its culture had disseminated across social media into a mix of online groups and chat servers where users shared libertarian political memes. In the past six months, this all began to manifest in real life, as users from the groups emerged at protests in what became their signature uniform: aloha shirts and combat gear. As nationwide unrest intensified at the start of the summer, many boogaloo adherents interpreted this as a cue to realize the group’s central fantasy—armed revolt against the U.S. government.

In Colorado earlier in May, then in Nevada in June, police arrested several other heavily armed self-identified boogaloo members, who the authorities claimed were on their way to demonstrations to incite violence. Disturbingly, the boogaloo movement is at least the third example of a mass of memes escaping from 4chan to become a real-life radical political movement, the first being the leftist-libertarian hacktivist collective Anonymous, which emerged in 2008; the second was the far-right fascist group of angry young men called the alt-right, which formed in 2015. (The conspiracy theory QAnon might be considered a fourth, but it is more than a political movement.)

At first glance, armed right-wing militants dressed in floral shirts may seem like another baffling grotesquerie in the parade of calamities that is 2020. However, their arrival can be explained by tracing their online origins. Similar to other right-leaning extremist movements, they are the product of an unhappy generation of men who compare their lot in life with that of men in previous decades and see their prospects diminishing. And with a mix of ignorance and simplicity, they view their discontent through the most distorted lens imaginable: internet memes….’