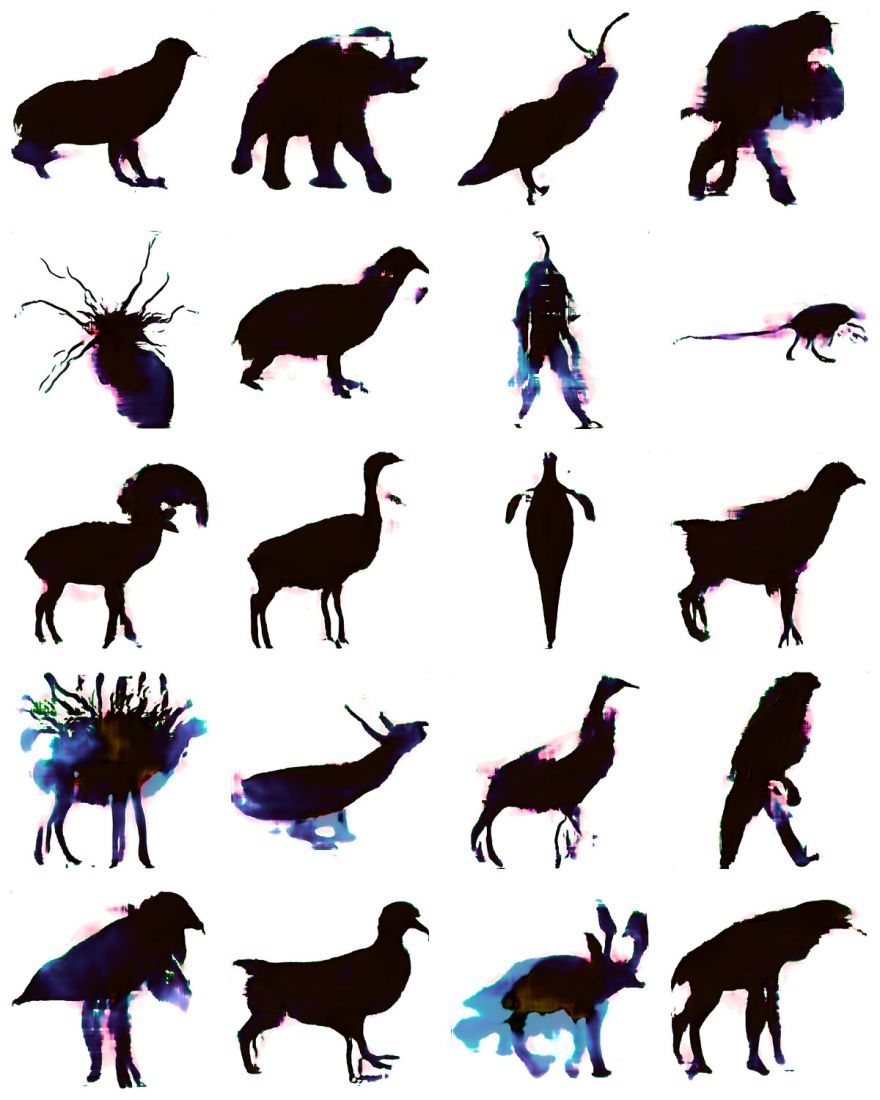 ‘There has been a growing interest in neural networks recently. Just a few weeks ago, I posted about a neural network which created realistic faces based on the blurry photos it was fed with.

Now, a programmer named Aldo Cortesi has created an even stranger algorithm — one that draws silhouettes for nonexistent animals, some of which look plausible and others which look like nothing you’ve ever seen before.
In a post about the project, Cortesi wrote that he was indeed inspired by algorithms that generate human likenesses.
Check out the photos over at Futurism….’