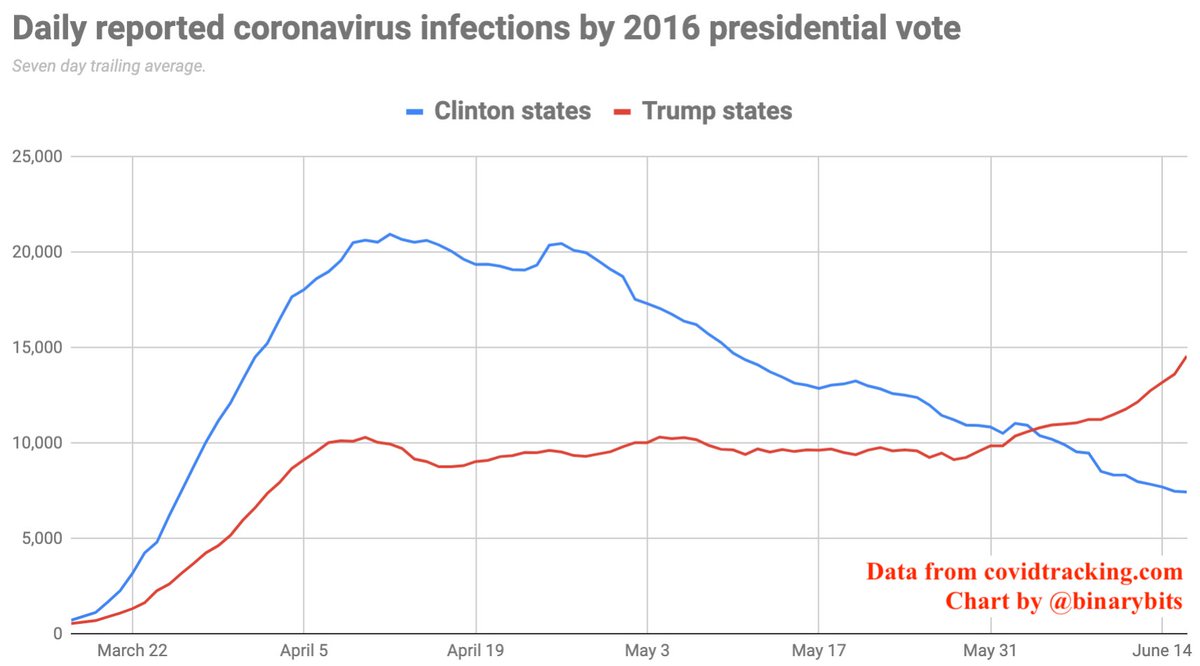 Tech writer Timothy B. Lee on Twitter notes the divergence between coronavirus infections in blue states and red states since mid-April. They were largely on the same trajectory until contagion restrictions began to relax. In data from covidtracking.com, upon which he relied, deaths have not yet followed that divergence, but death rates lag infections by several weeks. Of course, infection rates also depend on overall testing rates, but there is no reason to believe these are rising in red states out of proportion to the increase in testing in blue states. It is hard to avoid the conclusion that the difference relates to the relaxation of anti-contagion measures. Of course, blue states are starting to open too. Interesting to see what the statistics show in several more weeks.