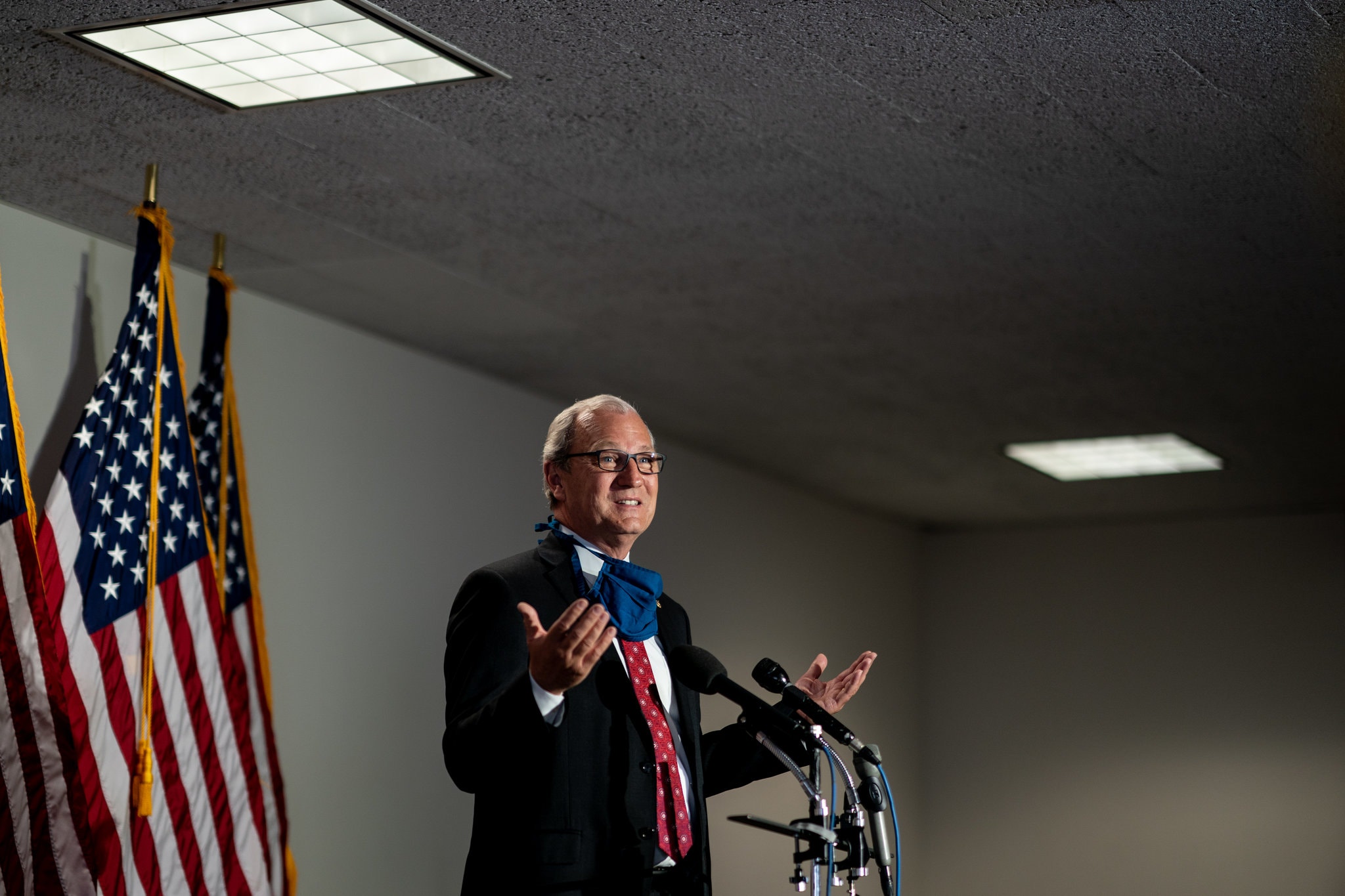 Senator Kevin Cramer, Republican of North Dakota, said on Tuesday that he did not know what President Trump was talking about when handed a printout of a tweet.Credit…Erin Schaff/The New York Times

‘After thousands of tweets carrying falsehoods, racist language and demeaning barbs against their own colleagues — not to mention the news reports, book excerpts or speeches that have roiled this administration — lawmakers in his party have largely settled on blissful ignorance as a way of avoiding defending the indefensible….’

— Via The New York Times