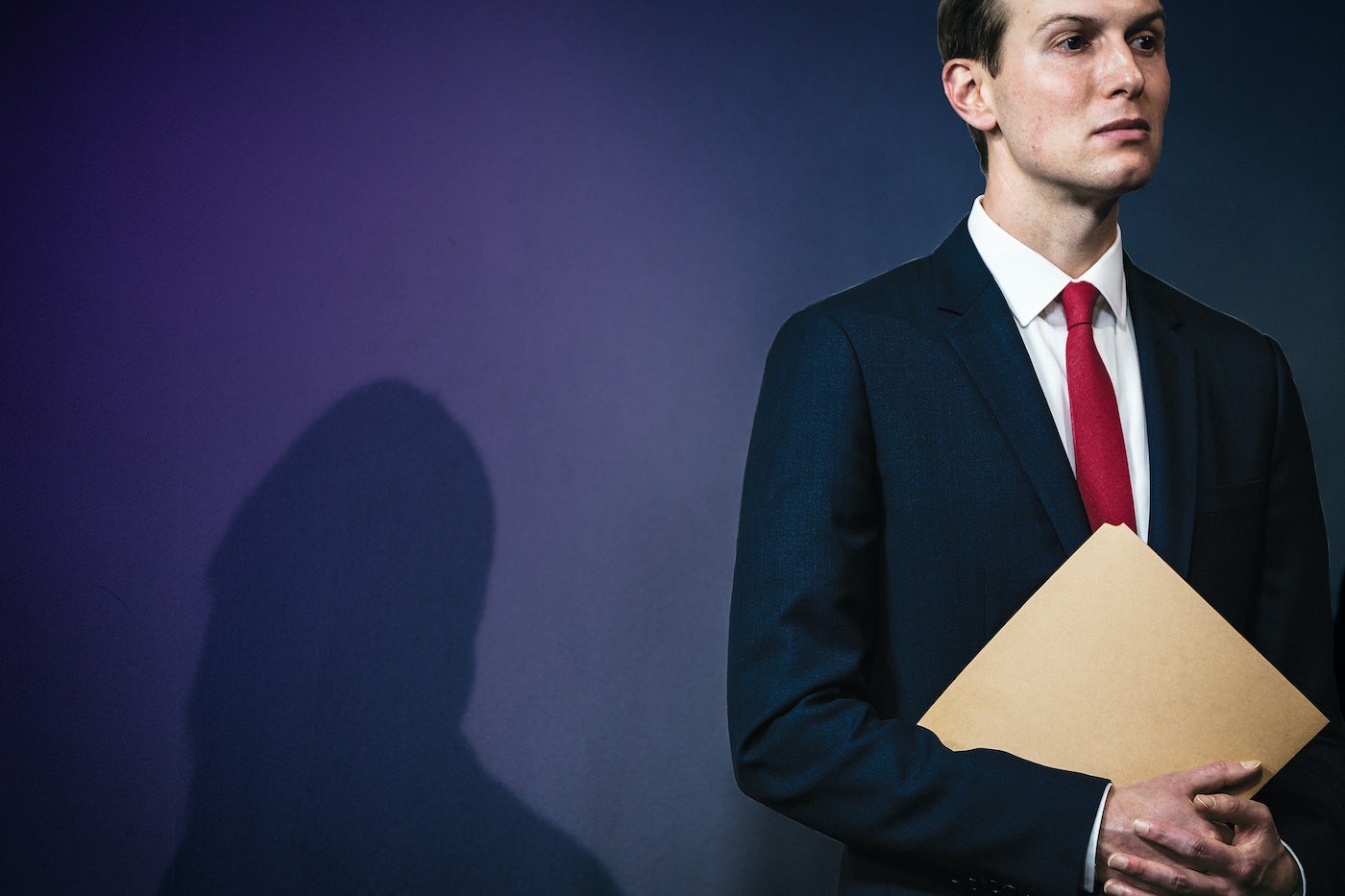 Jared Kushner is not yet 40, and was a newspaper publisher and commercial real estate magnate in New York City before he became a major player in Trump’s administration. (He remains a slumlord, in Maryland.) He has a degree from Harvard and a J.D./MBA from New York University; his father, a New Jersey real estate titan and convicted felon, donated generously to both institutions prior to Jared’s admission. Kushner himself is by all accounts ambitious and hardworking, but also a cipher—a climber and a sycophant, a snob, someone who isn’t quite filled in. Ivanka Trump has said that her dream man was Christian Bale’s portrayal of Patrick Bateman in Mary Harron’s American Psycho; the man she married, in 2009, is a milder, ganglier, edited-for-television version. As it happened, her father’s chaotic and relentlessly paranoid administration proved the perfect environment for a sufficiently labile and servile nullity to rise quickly.