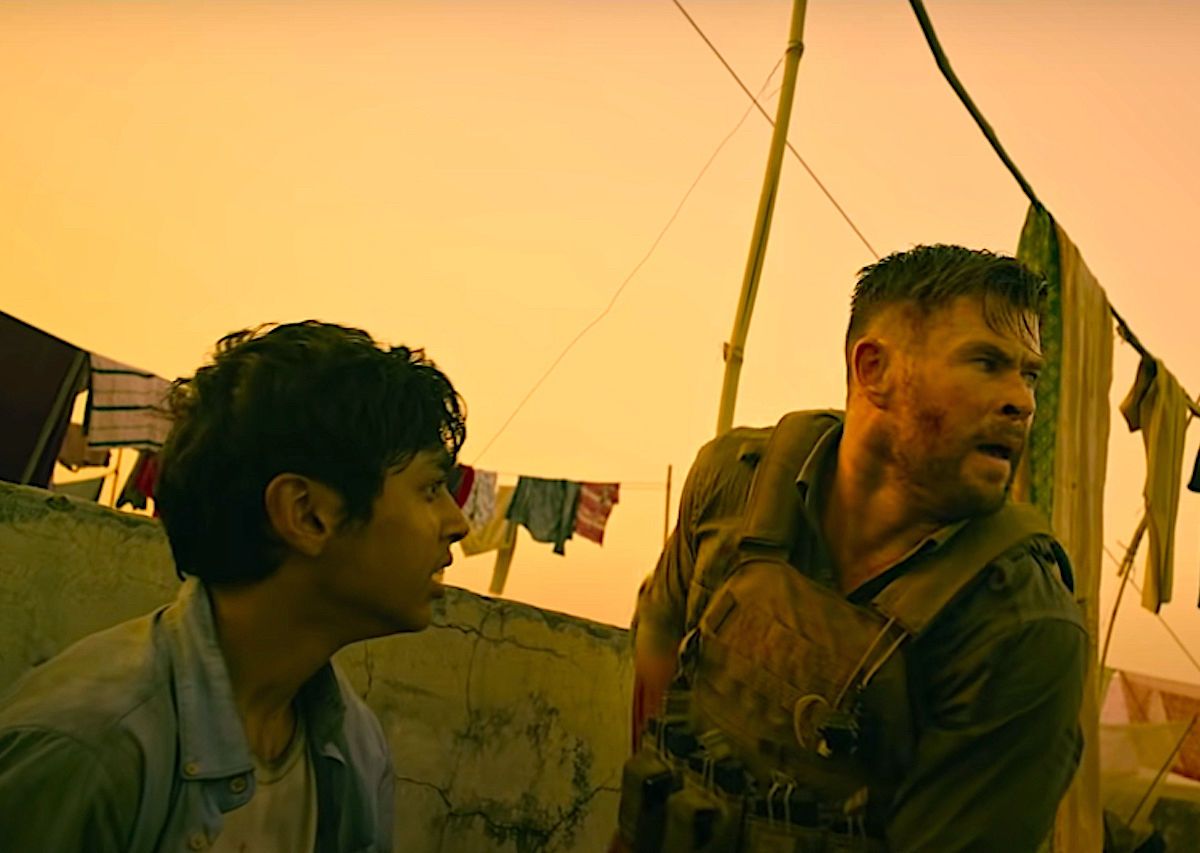 Netflix’s ‘Extraction’ is being called out for its Bangladesh yellow filter:

‘ON APRIL 19, Netflix shared a new trailer for its recently released Chris Hemsworth film Extraction, which takes place in Bangladesh. The trailer depicts the high-octane methods used to film the movie (a cameraman attached to the front of a car moving at high speed, for instance). But the trailer had an unexpected consequence: Viewers quickly noticed that the footage of the movie being filmed looked normal while the final cut of the film has a distinct, and off-putting, yellowish tint.

There’s a phrase for this distinct color palette: It’s called yellow filter, and it’s almost always used in movies that take place in India, Mexico, or Southeast Asia. Oversaturated yellow tones are supposed to depict warm, tropical, dry climates. But it makes the landscape in question look jaundiced and unhealthy, adding an almost dirty or grimy sheen to the scene. Yellow filter seems to intentionally make places the West has deemed dangerous or even primitive uglier than is necessary or even appropriate, especially when all these countries are filled with natural wonders that don’t make it to our screens quite as often as depictions of violence and poverty….’