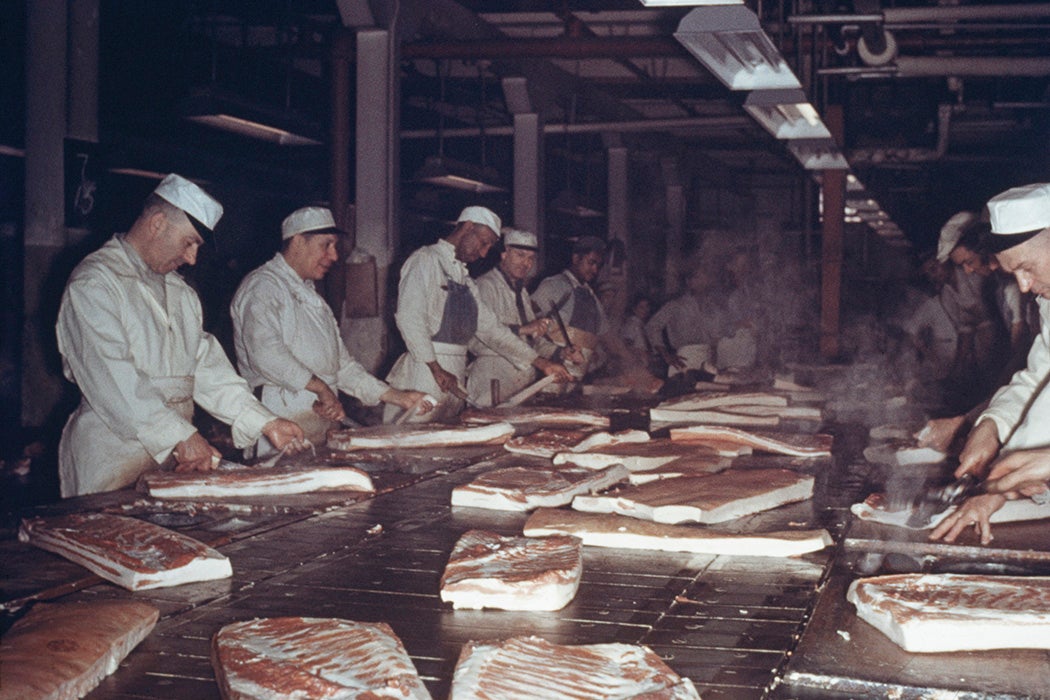 As coronavirus outbreak hotspots, the focus has been on the awful conditions and low wages in meatpacking plants even before the pandemic. The work is largely done by immigrant and underprivileged workers with few other job opportunities and the gospel is that it is doomed to be bad. Conditions are familiar to anyone who read Upton Sinclair’s muckraking novel The Jungle, but after WWII unionization, closely aligned with the civil rights movement, brought wages and working conditions considerably uphill, in line with other blue collar industries. However, in the 1960’s, in a shift made possible by transporting meat in refrigerated trucks instead of trains, the industry began moving to more rural areas, undercutting the unions’ militant urban powerbase. Meanwhile, new production techniques reduced the skill required of slaughterhouse workers, and recruitment of Latin American immigrants ensued in the 1990s and 2000s. Thus, working on the killing floor became a death sentence.