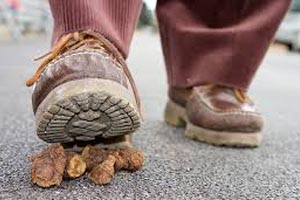 ‘It looks like President Trump is going into hiding — from the press, that is. Facing an avalanche of controversy over his bizarre comments on sunlight and dangerous comments regarding disinfectants, the President held a record short briefing Friday evening (sans Drs. Anthony Fauci and Deborah Birx), abruptly ending it after 22 minutes of statements without taking any questions from the press.

On CNN, Wolf Blitzer called Trump “chicken” and said he was “probably afraid” of the grilling he was all but certain to face over the “flat lie” he told the day before regarding disinfectants. Later in the night, Anderson Cooper, who argued Trump was guilty of “Soviet”-like spin for pretending his comments were sarcastic during a bill signing, said he “cut and ran” because he knew he’d face hard questions.

CNN and other news organizations, including Axios which broke the news, reported Friday eveningthat there has been an effort among White House aides to stop holding daily coronavirus briefings. And the schedule released for Saturday shows no briefings scheduled…

The move comes after Trump even started receiving criticism from Fox. When he tried to claim that he was merely being sarcastic with his disinfectant remarks, anchors like Neil Cavuto and Bret Baier pushed back. “Wow, that is a little unsettling,” said Cavuto. “Got to clarify this. The president was not joking in his remarks yesterday.” And Baier said Trump “clearly stepped in it” and did not appear to be joking…’